Los Angeles Angels outfielder Collin Cowgill looked like he took a Mike Tyson uppercut to his nose on Saturday night.

Cowgill attempted to lay down a sacrifice bunt to move a runner to third base in the eighth inning in a game against the Texas Rangers. Things did not go as planned, though.

Pitcher Matt West’s 95-mph fastball sailed up and in and drilled Cowgill right on the nose. The outfielder immediately walked over to the dugout with blood running down his nose. What’s worse for Cowgill is that the pitch was ruled a strike.

The Angels outfielder was sent to the hospital for observation after the game and is listed on the team’s injury report as day-to-day.

The Angels went on to win the game 5-2 despite the scary moment.

UPDATE (4:18 p.m.): The Angels announced that Cowgill sustained a facial fracture and a fractured right thumb, both of which will require surgery. He was placed on the 15-day disabled list. 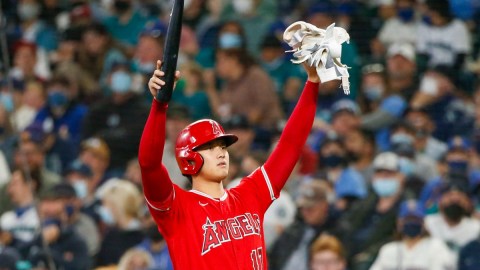 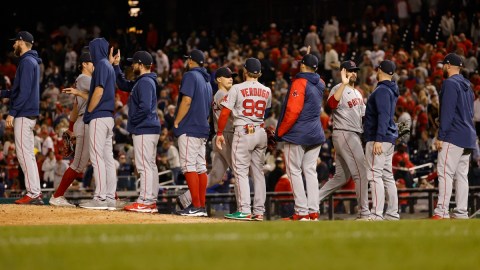