Rajon Rondo is the best point guard in the NBA, at least in the eyes of Sacramento Kings center DeMarcus Cousins.

Buried in a wide-ranging interview with Grantland’s Bill Simmons, Cousins mentions rather matter-of-factly that he thinks Rondo is the best point guard in the league. Rondo, a four-time NBA All-Star who has twice led the league in assists, is widely considered an excellent point guard, but not quite the best.

According to Cousins, though, the Boston Celtics captain is “absolutely” the best floor general in the league.

Such admiring words might be intentional lip service paid to Rondo, whom the Kings have reportedly been targeting for a long time. “Boogie” could be laying the groundwork for Rondo to sign with Sacramento next summer.

Cousins actually makes his most interesting comments about Rondo slightly earlier in the interview, responding to Simmons’ remark that the two fiery competitors might clash. It sounds like Cousins has heard this line of thinking before. He doesn’t sound like he agrees with it.

“I don’t understand why people think (that),” Cousins said. “What is it? Just, you think the personalities won’t match, or what?”

As Cousins points out, Kevin Garnett is known as a pretty emotional competitor, too, as is Paul Pierce. All Garnett, Pierce and Rondo were able to accomplish together is to win a title.

Report: Luke Scott Kicked Off KBO Team For Being ‘Disrespectful’ To Coach 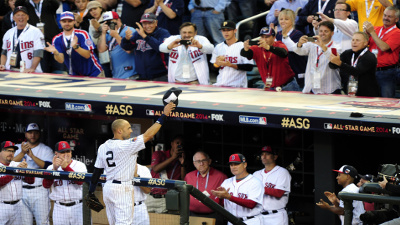