Even if Rose isn’t ready, the Americans have plenty of talent for another run at a world championship.

Rose and four returnees from the 2012 Olympic men’s basketball champions were among the 19 players selected Monday for this summer’s U.S. national team roster.

Players will report to training camp this month in Las Vegas, where Rose will try to show he’s recovered from his latest knee surgery.

“We’d like to see him play like the Derrick of old, because he’s one of the best players in the world, an MVP in the NBA,” Krzyzewski said during a conference call. “What we’ve heard is that he’s in great shape.”

USA Basketball chairman Jerry Colangelo said the roster could be trimmed to 15 after the camp in Las Vegas that begins July 28, with the final 12 selected before the Americans depart for the World Cup of Basketball in Spain in late August.

The Americans previously announced a 28-player pool in January, though it was planned that players such as two-time Olympic champions LeBron James, Carmelo Anthony and Chris Paul would sit out this summer and perhaps come back at the 2016 Summer Games.

“To maintain the continuity, we need turnover in every competition so that players who aspire to represent the USA on the national team level have a real opportunity,” Colangelo said.

Also missing from the original pool are NBA Finals MVP Kawhi Leonard of the San Antonio Spurs and Portland All-Star forward LaMarcus Aldridge, who was expected to play this summer. Colangelo said Leonard wanted additional rest after the Spurs’ lengthy season. He did not give a reason for the absence of Aldridge, who has pulled out in the past.

“We could only offer an opportunity and then they can either accept or not,” Colangelo said. “In Aldridge’s case, this has happened a couple of times previously, but the bottom line is he advised us he’s not available.”

The U.S. will be led by Durant, the NBA scoring champion from the Oklahoma City Thunder who was the MVP of the 2010 World Championship, which has since been renamed. Curry, Love and Rose also played on that team, the first from the U.S. to win the tournament since 1994.

But Rose has had a tough time remaining healthy since, tearing a knee ligament in the 2012 playoffs, missing the entire next season and then getting knocked out by surgery shortly after returning last season.

His chances of making the team were strengthened last week when Oklahoma City point guard Russell Westbrook withdrew from consideration to rest because of knee injuries.

“Hopefully, this would be a launching pad for him for a great NBA season this upcoming year,” Krzyzewski said of Rose.

Following the Las Vegas camp, the Americans will train and play exhibition games in Chicago and New York before leaving for Spain. 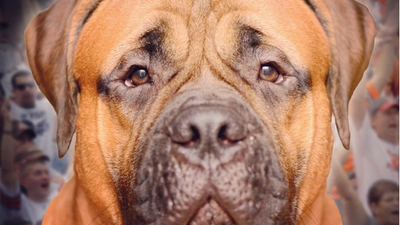