Dominique Easley Can Allow Patriots To Be Creative On Defense (Mailbag) - NESN.com Skip to content Bill Belichick might have found his next great movable chess piece in the 2014 NFL draft.

Belichick praised Dominique Easley’s versatility the night the New England Patriots coach drafted the defensive lineman 29th overall. Easley played all over the front four at Florida while he was healthy.

In this week’s mailbag, we discuss how Easley can allow the Patriots to be creative, the Jimmy Graham arbitration case, “WWE Raw” and much more. So, grab a hot dog, a scoop of potato salad and throw on your favorite Beach Boys song and dive into our Fourth of July mailbag.

@DougKyedNESN do you agree with Jimmy Graham’s arbitration result?
–@James_Bryant4

I agree that Graham is a tight end, but I disagree with the larger argument of the arbitration. Graham essentially had to argue that he’s a less valuable player in order to get more money, which obviously is extremely backward.

An argument can be made that Graham is a better player than Rob Gronkowski, for example, because of the latter’s health. But when on the field, Gronk is a more valuable player because he’s a much better blocker than Graham. There’s no way Gronk could argue he’s a wide receiver, though, and Graham had a decent case.

Graham shouldn’t be paid based on the position he plays. He should be paid based on value, and no one can argue that he’s less valuable than an 86-catch, 1,215-yard, 16-touchdown wide receiver.

The system is broken and needs to be fixed. Fortunately, that new system isn’t up to me to decide. But this will not be the last franchise tag that goes to arbitration.

I know wayyyyyyyyyyy less about soccer than pro wrestling, but I’ll say Brazil.

@DougKyedNESN who do YOU THINk should start while Brandon Browner is suspended? logan ryan or alfonzo dennard?
–@BOSSMAYNE_DEE

I think it would be smart to see Logan Ryan and Alfonzo Dennard both get snaps playing outside, so maybe the Patriots play Ryan in the base defense and Dennard in sub. Browner, Ryan and Dennard all lack elite speed to cover the deep ball, and they each have individual strengths.

Having three solid cornerbacks is a good problem to have, though. The Patriots will have a good player across from Darrelle Revis no matter who they choose to start. Personally, I think Ryan has the highest upside based on what I saw last season, and the Patriots were going out of their way to find him snaps on defense, which bodes well for his playing time in 2014. Dennard should get the first crack at the job once he’s healthy and back on the field.

Based on organized team activities and minicamp alone, high. But Justin Green was sitting out with an injury and Jemea Thomas didn’t flash very often. We’ll see how Swanson looks with pads on, but he was very impressive early in the offseason.

I think Nate Solder, Logan Mankins, Ryan Wendell and Sebastian Vollmer will start on the offensive line. It’s still unclear who will start at right guard, though it could be Dan Connolly, Jon Halapio, Bryan Stork, Josh Kline or Marcus Cannon. I’ll guess Cannon for now, but Halapio is a player to watch this summer.

I could see the Patriots going big with their “regular” defense and starting Sealver Siliga next to Wilfork, and I could see them going small in sub with Kelly and Easley at defensive tackle. Siliga and Wilfork are good enough pass rushers to play next to one another, and Kelly is a good enough run defender to play next to the rookie. Easley also can play defensive end in a three-man front and defensive end in a run-heavy 4-3.

@DougKyedNESN can we get your ‘way too early’ 46 active on game day for the Pats? And any thoughts on Jericho’s return ? 🙂
–@Wrencis

It’s the Fourth of July, and nothing else is going on with the Patriots, so why not? Here’s my prediction for the Patriots’ Week 1 active roster:

As to your second query, It was great to see Chris Jericho back on “WWE Raw.” I actually was more surprised by A.J. Lee’s return, though, especially after rumors that she’s pregnant. She looked great, and her feud with Paige should be a lot of fun.

Monday was an awesome “Raw,” actually, right up until the very end with the Seth Rollins briefcase fake-out.

Want to know what I didn’t like, though? Ending the Cesaro-Kofi Kingston match on the “second screen” app rather than on TV. I’m really hoping that’s not going to happen more moving forward. I’d rather not have to look at my phone during commercial breaks.

I’m not going to lie: “Raw” was getting pretty boring after WrestleMania, but fortunately it’s picking back up for SummerSlam, which will be the last pay-per-view event I watch live since the NFL will be back.

@DougKyedNESN What position would Tim Howard play on the Pats? #athlete #respect
–@natashancn

At 6-foot-3, 209 pounds with those swatting skills? Howard can play next to Devin McCourty at strong safety. Put Howard in the box, and he might be able to take away half the field. 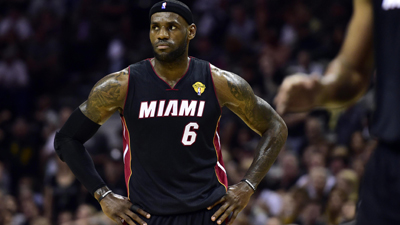