Drake To Haters: I'm Not A Bandwagon Fan, I'm A Supportive Friend - NESN.com Skip to content These days, Drake seems to be known on the Internet as much for his questionable rooting interests as he is for his rhymes.

The rapper has become known as the sports world’s greatest bandwagon fan, rivaled only by fellow entertainment giant Justin Bieber.

Drake, however, has a problem with this perception. He said in a recent interview with Complex magazine that only two teams have his true and honest support. Other than that, he’s just a guy with a lot of famous friends.

?I?d like to say that despite what everyone on the Internet thinks, I do not team jump,” the Toronto native said. “In the past I?ve always supported the player and not the institution — unless we?re talking about the Kentucky Wildcats and the Toronto Raptors; I will never stray from them. But whether it comes to soccer or football or basketball, I have a lot of friends that play for a lot of teams. I?m not team jumping. I?m a supportive friend.?

That support will take Drake to Cleveland quite a bit is season now that Johnny Manziel and LeBron James both call the city home.

“Of course, I?m gonna go watch games in Cleveland,” he said. “If not for LeBron — who I said is a brother to me, we?ve got three kids from Toronto on one team, plus Manziel who is part of our family and our brother. I definitely have to look into some real estate in Cleveland and spend some months of the year out there. Like I said, my teams will always forever be who they are but I will support the group who has shifted to Cleveland.”

For those of you who’d rather not see entertainers creeping into the sports pages, this might not be the week for you. Drake is hosting the ESPYS this Wednesday night, the first musician to do so since Justin Timberlake in 2008. 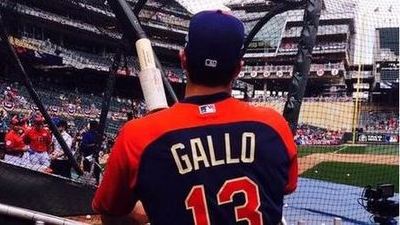