Boston Red Sox second baseman Dustin Pedroia was struggling on June 27. He went 0-for-4 in Boston’s 6-0 loss to the New York Yankees and his average fell to .262. That now seems like a long time ago.

Pedroia has been one of the hottest hitters in the league lately, and he’ll look to continue that hot streak on Thursday afternoon in the series finale with the Chicago White Sox.

The Boston second baseman has seen his average climb 20 points, thanks to a .422 (19-for-45) stretch over his last 11 games. Pedroia has also driven in seven runs over that stretch. The power numbers still aren’t there, but Pedroia still has an OPS of .927 since June 28.

He’ll get a chance to keep it going on Thursday against Chicago left-hander Jose Quintana, as the Red Sox play for a split of the four-game set. Pedroia is 1-for-6 in his career against Quintana.

The Red Sox will hand the ball to Jon Lester, who has been simply dominant over the last month. The Red Sox have won Lester’s last five starts with Lester allowing no earned runs over his last two starts (16 innings). Lester shut down the White Sox earlier this season when he spun a gem on April 17. He pitched eight innings and allowed just one run on seven hits in a Red Sox win.

Here are the lineups for Thursday’s finale. 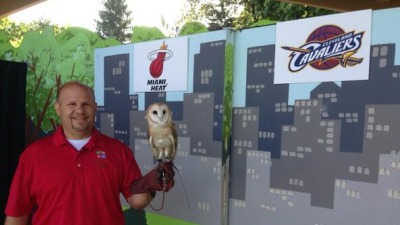