Jake Peavy On Playing For Giants, Bruce Bochy: 'I'm So Happy To Be Here' - NESN.com Skip to content For many MLB players, a move across the country during the middle of the season is a rather tumultuous event.

Luckily for Jake Peavy, he has a few old friends at his new home.

Peavy was traded from the Boston Red Sox to the San Francisco Giants on Saturday and was already in San Francisco Saturday night as his new club squared off against the division rival Los Angeles Dodgers.

“I was crazy excited to hear that the San Francisco Giants (were) in the mix,” Peavy told CSN Bay Area. “I (have) a lot of friendships, a lot of familiarity with the ballpark, with the division. I’m so happy to be here.”

Perhaps the most familiar face for Peavy in San Francisco is manager Bruce Bochy, who coached the righthander for the first five years of his career on the San Diego Padres. Peavy would go on to spend eight years with the Padres before joining the Chicago White Sox in 2009.

“Bochy is like a father figure to me too,” Peavy said. “Bochy had me at 20 years old; now 13 years later at 33, here we go again. I hope we have a lot of the same mojo that we had together in San Diego.”

That “mojo” manifested itself in the form of six straight 10-plus-win seasons for Peavy in San Diego, including a dominant 2007 campaign in which he went 19-6 with a 2.54 ERA to earn the NL Cy Young Award.

As for now, though, Peavy isn’t dwelling on the past, and he’ll have the chance to prove himself right away as he gets the start on Sunday against the Dodgers.

“I’m a little tired after the last few days … But I’m going to get some rest tonight and come out tomorrow and do everything I can to try to get a win for the good guys.” 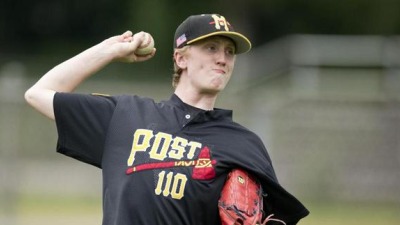