Peavy has been the subject of trade rumors for weeks — the St. Louis Cardinals also were reported to be interested in the right-hander — and a deal seemed inevitable. It really became a matter of what the Red Sox could get for Peavy, who is slated to become a free agent after this season.

Escobar and Hembree are two intriguing prospects, though opinions vary on whether Boston received enough. Here?s a quick scouting report on each minor league pitcher, along with a quick assessment of the overall return.

Escobar has spent the entire season at Triple-A Fresno, posting a 3-8 record and 5.11 ERA in 20 starts. The left-hander went 8-8 with a 2.80 ERA in 26 appearances (24 starts) split between High-A San Jose and Double-A Richmond last season, leading to plenty of hype entering 2014.

Escobar was ranked San Francisco?s No. 2 prospect before this season, according to Baseball America, which pointed to the 6-foot-1 southpaw?s improved delivery. Escobar, who reportedly worked himself into better condition, was said to feature a 92- to 93-mph fastball, a dependable breaking ball, a slider that can be used early in counts or as a put-away pitch and an average-to-plus changeup.

Baseball America didn?t rule out a potential move to the bullpen — as Escobar was used in the Venezuelan League — but suggested his repertoire lends itself to a starting role. Escobar has pitched exclusively as a starter in 2014. ESPN.com?s Keith Law describes Escobar as a low-ceiling starter prospect who would be a lefty specialist if he joined the majors right now.

According to Law, Escobar?s 5.11 ERA is a bit misleading because he pitches in a hitter-friendly park and has had bad luck on balls in play. However, Law has concerns about Escobar?s changeup — right-handers are hitting .334 with a .395 on-base percentage against the pitch — and his fastball, which has sat mostly at 88 to 91 mph this season while lacking movement.

Escobar originally signed with the Texas Rangers as an international free agent in July 2008 before being dealt to the Giants in April 2010.

Hembree, who is listed at 6-foot-4 and 210 pounds, has been used as a reliever throughout his entire professional career. He entered the season ranked the No. 7 prospect in the Giants’ organization by Baseball America and was named a 2014 Mid-Season Pacific Coast League All-Star.

Hembree, a fifth-round pick in 2010, is described by Law as being a ?major league-ready reliever who?s had a tough time staying healthy.? The 25-year-old features a fastball that sits around 92 to 94 mph — touching the high 90s on occasion — and a mid-80s slider that has flashed plus potential. As Law notes, Hembree has struck out more than a quarter of the hitters he has faced at Triple-A over the last two years, but a lot of contact through the air makes the big righty prone to the long ball.

Hembree, unlike Escobar, already has major league experience. He made nine scoreless appearances for the Giants last season in which he struck out 12 over 7 2/3 innings.

It made total sense for the Red Sox to trade Peavy. They entered Saturday?s action nine games below .500 (47-56) and are starting to look ahead to next season, and Peavy, who’s set to become a free agent, didn?t figure to be part of Boston?s future plans. There really was no sense in hanging onto the 33-year-old.

Peavy?s departure opens the door for Brandon Workman or Allen Webster to join the Red Sox?s major league rotation while also enabling Henry Owens to jump from Double-A Portland to Triple-A Pawtucket. Those changes alone made trading Peavy a logical move. Adding a couple of intriguing prospects made the trade even more worthwhile despite any question marks surrounding Escobar and Hembree.

Law suggests the return is ?much less? than what he expected the Red Sox to receive for Peavy, adding that he was a little surprised Boston didn?t acquire either of San Francisco’s top two prospects, power right-hander Kyle Crick or catcher Andrew Susac. Escobar, in particular, has a very limited ceiling, according to Law.

Cleary, we?ll have to wait and see what type of impact the Red Sox’s two new acquisitions make, but Peavy didn’t have a future in Boston. As such, the Red Sox were better off making the best available deal than no deal at all. 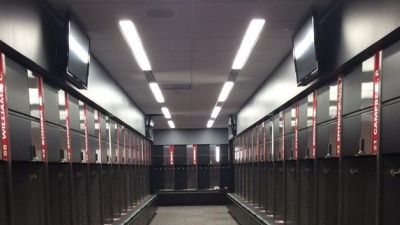