We’ll forgive you if you didn’t stick around for the entirety of the Boston Red Sox’s blowout loss to the Chicago Cubs on Wednesday night.

While the game itself — which capped a three-game sweep for the visiting Cubs — didn’t give Red Sox fans much to smile about, the broadcast did feature a few moments of necessary levity.

With the Cubs batting in the top of the fourth inning, one of NESN color commentator Jerry Remy’s teeth popped out.

Remy’s missing tooth became a game-long storyline, with broadcast partner Don Orsillo loving every minute of it. By the time the seventh inning rolled around, Orsillo, determined to return the tooth to its rightful spot, managed to procure a bag of “dentist” tools and jam the chomper back in himself with a pair of pliers.

The game — to make a far too obvious joke — also felt like a trip to the dentist for the Red Sox, who allowed runs in six of the nine innings en route to a 16-9 defeat. 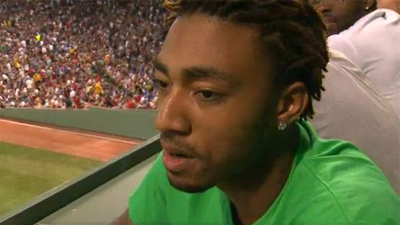