Jonathan Papelbon Wouldn't At All Mind Being Traded To Contender - NESN.com Skip to content Jonathan Papelbon hasn’t done a whole lot of winning since leaving Boston three years ago. It appears he’s ready to change that.

The Philadelphia Phillies closer was asked Wednesday about the possibility of waiving his no-trade clause to join a contender. To Papelbon, who at age 33 is having one of the best seasons of his career, the answer was obvious.

“Some guys want to stay on a losing team? That’s mind-boggling to me,” Papelbon told reporters, via Philly.com. “I think that’s a no-brainer.”

While the Phillies have been floundering this season — they enter Thursday dead last in the National League East — Papelbon has been as dominant as ever. The fireballing right-hander has posted a 1.24 ERA and 0.850 WHIP in 37 appearances, striking out 32 and walking nine. Of the Phillies’ 40 victories, Pabelbon has recorded the save in 22, including each of their last four.

That’s back-of-the-bullpen production a team with playoff aspirations certainly could use, and Papelbon clearly has the desire to pitch in the postseason, which he hasn’t done since 2009. But does he actually hope he’ll be traded?

“Yes and no,” Papelbon said. “You know, I came here for a reason … and I say that because I’m with a group of guys in the bullpen that can do very special things in the future. I’ve been waiting for that, you know what I mean? It’s fun to be a part of that, it really is. We are there finally with our bullpen. So that aspect of it would kind of (stink) to leave. But at the same time, winning is the cure-all of cure-alls.” 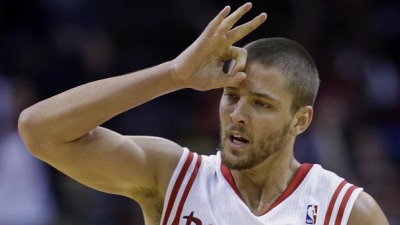