LeBron James finally made his decision, and he’s heading back to Cleveland.

James broke the news Friday on SportsIllustrated.com that he indeed will sign with the Cleveland Cavaliers. The details of the deal are unknown at this point, but James reportedly was looking for a maximum contract. The Cavaliers freed up salary-cap space earlier in the week with a three-team trade that involved the Boston Celtics and Brooklyn Nets.

James, an Ohio native, broke Cavaliers fans’ hearts in 2010 when he left for the Miami Heat. He’s now trying to right that wrong by heading back to the Cavs after winning two NBA titles with the Heat.

“I want to give them hope when I can,” James told SI.com’s Lee Jenkins. “I want to inspire them when I can. My relationship with Northeast Ohio is bigger than basketball. I didn’t realize that four years ago. I do now.”

The four-time NBA MVP believes he has a bigger responsibility than just being a basketball player in returning to Cleveland.

“I feel my calling here goes above basketball,” he said. “I have a responsibility to lead, in more ways than one, and I take that very seriously. My presence can make a difference in Miami, but I think it can mean more where I?m from. I want kids in Northeast Ohio, like the hundreds of Akron third-graders I sponsor through my foundation, to realize that there?s no better place to grow up. Maybe some of them will come home after college and start a family or open a business. That would make me smile. Our community, which has struggled so much, needs all the talent it can get.”

James also admitted to having his feelings hurt after leaving. His departure led Cavaliers fans to burn his jersey, and team owner Dan Gilbert wrote an open letter to fans chastising James while never calling him by name. James says that hatchet has been buried.

“The letter from Dan Gilbert, the booing of the Cleveland fans, the jerseys being burned — seeing all that was hard for them,” James said. “My emotions were more mixed. It was easy to say, ‘OK, I don?t want to deal with these people ever again.’ But then you think about the other side. What if I were a kid who looked up to an athlete, and that athlete made me want to do better in my own life, and then he left? How would I react? I?ve met with Dan, face-to-face, man-to-man. We?ve talked it out. Everybody makes mistakes. I?ve made mistakes as well. Who am I to hold a grudge?”

With all of that out of the way, James’ biggest goal might be the most difficult to achieve.

“My goal is still to win as many titles as possible, no question,” he said. “But what?s most important for me is bringing one trophy back to Northeast Ohio.” 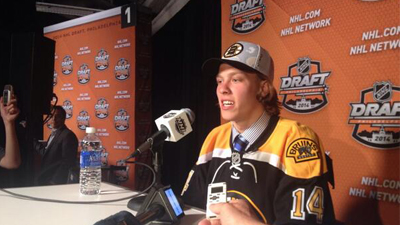 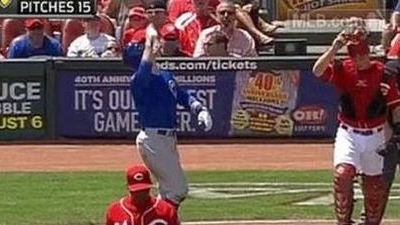