The NFL reportedly is looking to place a team in Los Angeles, and one former player who suited up in Southern California might have the answer to which team could move to the area.

Former running back and 1985 NFL MVP Marcus Allen, who played for the then-Los Angeles Raiders from 1982-1994, said he believes the Raiders should move from the Bay Area back to Los Angeles.

“I think it’s a viable option,” Allen said, via ESPN. “We can’t have them back at the (Los Angeles Memorial) Coliseum; the Coliseum is now USC’s home. But there’s some locations there that I know I’ve talked to a few owners (about) and I know that they’ve liked.”

The Raiders have played at O.co Coliseum since moving back to Oakland in the mid-90s, but the stadium is now more than outdated and has had its share of lighting and sewage issues. It is also the last venue in the U.S. that is shared by a professional football and baseball team.

“That’s not the Raiders,” Allen said. “The Raiders don’t share things. I don’t think Al (Davis) would like it, I can say that right now. He wouldn’t be happy at all because to him, it’s the Raiders and 31 other teams.”

Allen said he believes the time is right for the team to move to Los Angeles.

“I just think it’s ripe right now, being the second-largest market and being the entertainment capital of the world, it’s almost necessary to have a team there,” Allen said. 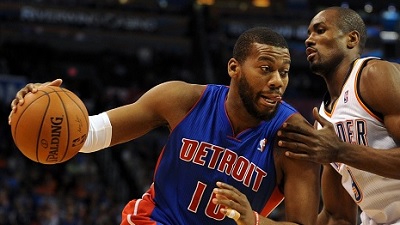