Boston Celtics rookie guard Marcus Smart is showing his worth during the NBA Summer League.

Smart struggled early in Boston’s game against the Orlando Magic on Thursday, but he completely turned things around and scored 12 points in the fourth quarter en route to a 76-67 Celtics victory. Smart finished with a team-high 19 points.

Smart also did a little showing off with this sweet spinning scoop shot.

Four other Celtics joined Smart in the double-figures club, including Chris Johnson and Mike Moser, who each scored 12 points.

Kelly Olynyk took a seat for a routine day of rest. Dairis Bertans, who was briefly hospitalized after being injured Wednesday, obviously did not play but gave a positive report on his health.

The Celtics improved to 3-1 with the win. 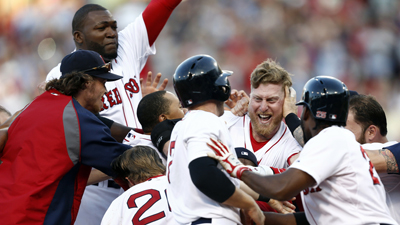