Boston’s last three victories — including Wednesday’s — have come in walk-off fashion. Thursday’s triumph featured a walk-off single from Mike Carp, who pinch-hit for David Ross in the 10th inning.

Carp knocked in Daniel Nava, who scored the game-winning run for the second straight game.

Nava pinch-hit for Jonny Gomes and worked a walk. Mookie Betts then bunted Nava up a station, after which the White Sox decided to intentionally walk Stephen Drew to face Carp.

Thursday’s thrilling victory wasn’t without some tense moments for Boston. The Red Sox carried a 3-1 lead into the ninth inning, but Koji Uehara surrendered a two-run homer to Conor Gillaspie. Uehara has had some problems in day games this season.

Jon Lester was fantastic despite not factoring into the decision. He tossed seven innings of one-run ball in which he struck out 12 and didn’t issue a single walk.

It actually took the Red Sox until the sixth inning to produce a baserunner. The offense came up with some timely hits for the second straight game, though, and the club now heads to Houston for three games feeling much better than it did a few days ago.

Mid 10th, 3-3: Andrew Miller helped his own cause with some solid glove work in the 10th inning.

Adam Eaton led off with a single past a diving Dustin Pedroia and into center field. Gordon Beckham pushed Eaton into scoring position with a successful sacrifice bunt.

Dayan Viciedo hit a chopper that Miller dived off the mound to grab as Eaton took third. Alexei Ramirez ended the inning.

Jonny Gomes, Mookie Betts and Stephen Drew are due up in the 10th inning, though Daniel Nava appears to be grabbing a bat to pinch-hit for Gomes.

Andrew Miller will pitch the 10th inning for Boston.

Mid 9th, 3-3: An overturned call and a home run later, we’re all tied up at three apiece.

Alexei Ramirez led off with a ground ball to the right side. Mike Napoli made the play and flipped to Koji Uehara, who was covering first base, for a bang-bang play that initially went Boston’s way.

The White Sox challenged the call, however, and it was overturned. Ramirez was ruled safe, which proved big.

Uehara struck out Paul Konerko. But Conor Gillaspie, pinch-hitting for Moises Sierra, tied the game with a two-run homer down the right field line. Gillaspie has been a thorn in the Red Sox’s side this series.

Dustin Pedroia, David Ortiz and Mike Napoli are due up in the bottom of the ninth inning for Boston.

End 8th, Red Sox 3-1: The Red Sox were unable to stretch out their lead in the eighth inning. Koji Uehara will have a two-run cushion to work with in the ninth.

Bradley nearly took off Leury Garcia’s face with a line drive, but the third baseman successfully played self-defense while making the catch.

Alexei Ramirez, Paul Konerko and Moises Sierra are due up in the ninth inning for Chicago.

Tazawa turned to a curveball in the dirt to fan Viciedo.

End 7th, Red Sox 3-1: Jose Quintana made sure the Red Sox didn’t carry any of their newfound offensive momentum into the seventh.

John Farrell will hand the keys to his bullpen. Junichi Tazawa is entering after seven excellent innings from Jon Lester.

Lester tossed a scoreless seventh inning in which he recorded another strikeout. The Red Sox ace now has 12 strikeouts without issuing a single walk.

Lester’s pitch count sits at 105, so it’ll be interesting to see if manager John Farrell rolls him back out for an eighth inning of work.

Quintana hadn’t allowed a baserunner all game. He allowed the first three hitters to reach, issuing back-to-back walks to Stephen Drew and David Ross before Jackie Bradley Jr. broke up the no-hitter with a single into right field that tied the game at one apiece.

It’s never fun losing a perfect game or a no-hitter. It’s especially disheartening when you do so against the bottom of the order and then blow the lead completely. That’s exactly what Quintana did.

Brock Holt grounded to first base for the first out. Jose Abreu stepped on the bag before firing to second in an attempt to record a double play. His throw was too late.

Dustin Pedroia grounded to third base for the second out. David Ortiz wasn’t prepared to let Quintana off the hook, though. He smoked a two-run double into the left-center field gap to give Boston a 3-1 lead.

Jose Abreu dropped a fly ball in front of Mookie Betts for a leadoff single. He scampered up to second base when Alexei Ramirez singled into center field with one out.

Catcher David Ross was a little too aggressive with Paul Konerko batting. He attempted a snap-throw to first base that backfired because Abreu took third. It was a close play, but Mike Napoli’s high toss across the diamond ensured Abreu could slide in safely.

Lester struck out Konerko for his 11th strikeout of the contest. The lefty then retired Moises Sierra on a popup that barely stayed in play for Napoli to make the catch.

Quintana has six strikeouts after setting down Betts in the fifth inning.

We have a full-blown pitchers’ duel brewing at Fenway.

Lester recorded two more K’s in the fifth, sitting down Leury Garcia and Gordon Beckham. Garcia looked at a curveball, while Beckham foul tipped a cutter into David Ross’ mitt.

Lester overcame a two-out single in the inning to keep Chicago’s lead at one run.

End 4th, White Sox 1-0: David Ortiz threatened to give the Red Sox their first hit of the game. He was absolutely robbed by Adam Eaton.

Ortiz struck a ball toward the triangle with two outs. Eaton, showing tremendous range, raced over and made a sliding grab on the warning track. Right fielder Moises Sierra even had to jump over him.

Ortiz couldn’t believe it. He stood on the infield dirt for a few seconds after Eaton made the catch. He even shot a smile to the White Sox center fielder, seemingly giving him the Big Papi stamp of approval.

Alexei Ramirez doubled down the left field line past third baseman Brock Holt. It marked the only disruption in another scoreless inning for Lester, who struck out two.

Lester’s curveball has been especially sharp. He used the pitch to strike out both Dayan Viciedo and Moises Sierra in the fourth inning.

Quintana struck out Stephen Drew on three pitches to begin the bottom of the third.

David Ross popped out, and Jackie Bradley Jr. flied out.

Mid 3rd, White Sox 1-0: Jon Lester made quick work of the White Sox in the third inning, tossing just 11 pitches while retiring the side in order.

Adam Eaton hacked at the first pitch and flied out to left field.

Lester capped the frame by striking out Gordon Beckham and Jose Abreu, who delivered an RBI double in his first at-bat.

Lester used his curveball to record both third-inning strikeouts.

Quintana sat down Mike Napoli and Mookie Betts via strikeout in the second inning. Both went down looking at fastballs, as Quintana has mixed speeds well in the early going.

Jonny Gomes slipped in a flyout between the two K’s.

Moises Sierra singled into center field with one out. He promptly swiped second base with Tyler Flowers at the dish.

Flowers struck out swinging, however, and Leury Garcia grounded to third base to end the inning.

End 1st, White Sox 1-0: The Red Sox’s offense produced five runs over the final two innings Wednesday. It came up empty in the first frame of this contest.

Jose Quintana, who is enjoying a nice season for Chi-Town, retired the side in order in the first.

Pedroia chased a curveball in the dirt to complete his K.

Adam Eaton led off with a single through the left side that sneaked past a sliding Stephen Drew.

Jose Abreu knocked in Eaton with one out by lining a ball over the outstretched glove of Jonny Gomes in left field. The ball ricocheted off the Monster, and the Red Sox were unable to string together a successful relay.

Lester did record two strikeouts in the inning.

David Ross will continue to catch Jon Lester moving forward, according to John Farrell. The tandem has been exceptional together this season, so Boston plans to keep the duo intact despite adding Vazquez into the catching mix while subtracting A.J. Pierzynski.

Stephen Drew will play shortstop Thursday. Holt made his first major league start at short Wednesday, and he’ll be at third base for Thursday’s series finale.

Let’s look at the complete lineups.

That’s the question the club faces as it wraps up its 10-game homestand Thursday against the Chicago White Sox. The Red Sox showed a ton of energy over the last two innings of Wednesday’s thrilling victory, giving at least some reason to believe Boston isn’t ready to wave the white flag.

The Red Sox’s young players were at the heart of Wednesday’s rally. Mookie Betts, in particular, made a huge impact, though the Red Sox received contributions from all over the place. It was an encouraging win, especially given that they rallied from four runs down in the eighth inning and showed resiliency after being shut down for the first seven innings by White Sox ace Chris Sale.

They say, ‘You’re only as good as your next day’s starter,’ and the Red Sox are turning to one of the best Thursday in Jon Lester. Lester is making his final start before the All-Star break, and it’s been an exceptional first half for the left-hander. In fact, this is looking like Lester’s best season to date despite Boston’s struggles.

Thursday’s first pitch is scheduled for 4:05 p.m. ET. Tune in on NESN, and keep it right here with NESN.com’s live blog. 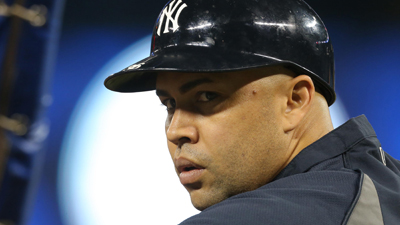 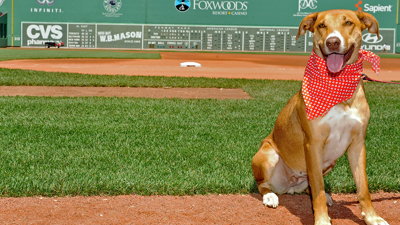 Futures at Fenway Features Spinners Game, A Movie, ‘Bark At The Park’