Cleveland Browns fans have apparently been buying their top draft pick’s jersey by the truckload.

Browns rookie quarterback Johnny Manziel’s No. 2 jersey was the top-seller on the NFL’s online shop through the first quarter of the 2014 fiscal year, ESPN’s Darren Rovell reported Monday.

Wilson, Kaepernick and Manning all are established NFL names, but they are joined on the list of best-selling jerseys by a strong contingent of rookies. Six of the top 20 players are 2014 draft picks, with Manziel and St. Louis Rams defensive end Michael Sam (sixth) both landing in the top 10.

The Seahawks had the strongest showing in terms of teams with the most players on the list. Cornerback Richard Sherman (fifth), running back Marshawn Lynch (11th) and safety Earl Thomas (20th) joined Wilson in the top 20, as did Seattle’s customized “12th Fan” jersey (10th).

UPDATE (4 p.m.): The NFL has released the full list of the 25 top-selling jerseys, with the New England Patriots’ lone representative, quarterback Tom Brady, coming in at No. 7. 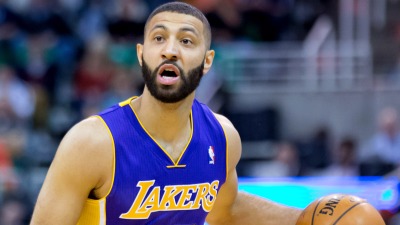 Kendall Marshall Thanks Chipotle For His Time With Los Angeles Lakers