Amid the rapidly growing rumors that LeBron James will return to the Cleveland Cavaliers, Miami Heat president Pat Riley will make one more pitch to his star player to convince him to stay in South Beach.

James and Riley will meet face-to-face on in Las Vegas on Wednesday, league sources told ESPN’s Chris Broussard. Earlier reports stated that the two would meet sometime ‘this week,’ but a date had not yet been revealed.

James is in Las Vegas for his annual basketball camp and worked out with Heat teammate Dwyane Wade on Tuesday but did not hold any meetings, a source told The Associated Press Tuesday morning.

While a recent report claimed that there was a “90 percent chance” that James signs with the Cavaliers, Riley is likely one of the few people who could convince the four-time MVP otherwise.

Riley and the Heat have been especially active in recent weeks, bolstering their roster by acquiring James-favorite Shabazz Napier in a draft-night trade and signing Danny Granger and Josh McRoberts to multi-year deals on Monday.

LeBron is ultimately the only person involved who knows where he will end up, but with a crucial meeting looming on Wednesday, that decision could come sooner rather than later. 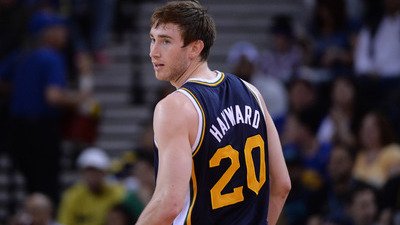 Bruins Should Fill Forward Vacancies From Within Organization