Nowitzki and the Dallas Mavericks have engaged in talks about a new deal for weeks, but those negotiations are being put on hold until after the team meets with Anthony later this week, ESPN’s Marc Stein reported Tuesday, citing sources.

The sides were expected to reach a new extension to Nowitzki’s deal by June 30 to keep him off the open market, but they ultimately decided to take the free-agent route to preserve financial flexibility for their pursuit of Anthony, who the team reportedly is “all in” on.

Nowitzki has stated on numerous occasions that he is willing to take a pay cut to stay with the Mavs so they can go out and sign top players such as Anthony.

“Cubes (Mavs owner Mark Cuban) knows I don’t want to go anywhere, and he doesn’t want me to go anywhere,” Nowitzki recently told ESPN Dallas 103.3 FM. “We’re guessing that will be over pretty quick, and then we can focus on making this franchise even better.

“This deal is not going to be about squeezing out the last dollar. We’ll just have to wait and see what the years and the final number is, but I’m sure it will be respectable for both sides.”

Anthony is scheduled to meet with Dallas on Wednesday afternoon, after meeting with the Chicago Bulls on Tuesday and before he stops by Los Angeles for a visit with the Lakers on Thursday. 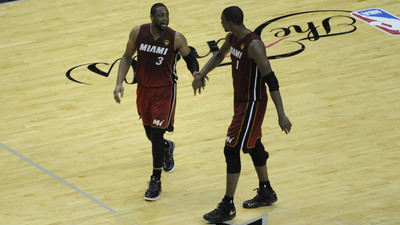