Jarome Iginla will not come back to the Boston Bruins next season.

The veteran winger has agreed to a three-year free-agent contract with the Colorado Avalanche, per multiple reports. TSN’s Bob McKenzie had the financial details of the deal.

Iginla turned 37 on Tuesday, but he’s still an elite power forward capable of scoring 30-plus goals. He has hit the 30-goal mark in 12 consecutive non-lockout seasons and will bring valuable playoff experience, toughness and leadership to a young Avalanche team that’s just starting to learn how to win.

Colorado needed to acquire additional scoring depth on the wings after trading P.A. Parenteau to the Montreal Canadiens on Monday. The Avalanche are loaded at center with Nathan MacKinnon, Matt Duchene and Ryan O’Reilly down the middle, but there definitely was an area of weakness on the outside.

As for the Bruins, it’ll be interesting to see how they replace Iginla’s production. He led Boston with 30 goals and was one of its better forwards in the Stanley Cup playoffs. The B’s reportedly are interested in 33-year-old winger Radim Vrbata, who could fill a top-six role. With that said, Vrbata is not the same threat on the power play and won’t score 30 goals like Iginla.

Boston has about $5.6 million in salary cap space — a figure that includes Marc Savard’s contract on LTIR — to re-sign restricted free agents such as Torey Krug and Reilly Smith, as well as make improvements from outside the organization.

UPDATE (4:29 p.m.): The Avalanche announced Iginla’s signing shortly after the veteran winger confirmed it himself. 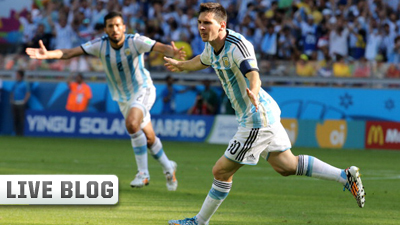