The Boston Red Sox traded pitcher Jake Peavy to the San Francisco Giants on Saturday. Could utility man Mike Carp be the next to go?

Carp confirmed to reporters at Tropicana Field on Saturday that he has asked the Red Sox for a trade. Carp, who has seen his role reduced this season, believes he can contribute to a contender.

“I understood how everything was working and what we were building toward,” Carp told reporters in St. Petersburg, Fla. “And that all fell apart, so I don?t know what else to do.”

The Boston Globe’s Peter Abraham, who was the first to report the news, was told by Carp that the trade request was respectful. Abraham also reported that two scouts have said National League teams have interest in the slugger, possibly in a bench or platoon role.

“I feel like I?m taking a step backward in the role I?m in,” Carp told reporters.

The Red Sox acquired Carp from the Seattle Mariners during spring training last year. The first baseman/outfielder could be an interesting buy-low candidate for a club looking to add a left-handed bat. 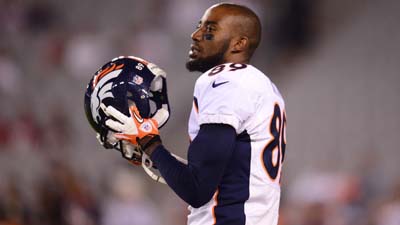 Ben Cherington: Red Sox ‘Listening,’ Not ‘Closing In’ On Other Trades