The New England Revolution is in the middle of a serious downward spiral.

The Revs fell 2-1 to the Columbus Crew at Gillette Stadium on Saturday night. It’s New England’s eighth straight loss, bringing its record down to 7-11-2.

Columbus scored just before halftime, and things were looking up when A.J. Soares scored the equalizer in the 50th minute. But even with 12 shots — including seven on target — and a club-record-tying 15 corner kicks, the Revs couldn’t net more than one goal. Columbus’ Ethan Finley scored the game-winner in the 84th minute.

The Revs will stay at Gillette for their next game to take on the Colorado Rapids on Wednesday, July 30. 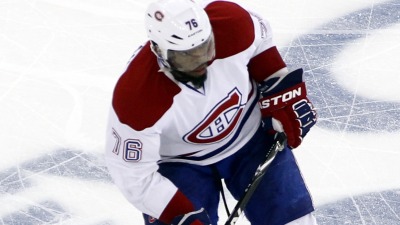 P.K. Subban On Contract Situation: ‘Adamant’ On Being Canadien ‘Lifer’