The New England Patriots tight end has already hit up a Jennifer Lopez concert this summer and flaunted his moves in the front row at a Jay Z-Beyonce show in Foxboro, so naturally he kept up his summer of girl power Monday night in Connecticut when he took in a Katy Perry concert.

Unfortunately for fans everywhere — and maybe Perry’s self-esteem — Gronk wasn’t spotted busting a move like he was at the previous shows. Instead, the biggest bro in the crowd spent his time hanging out and just chatting with the Perry fans next to him, according to the video of him obtained by TMZ. 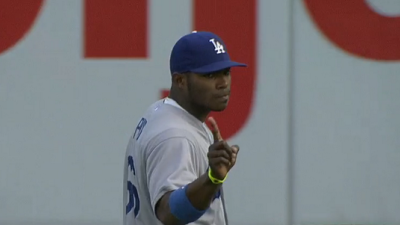