Shane Victorino Back On Rehab Assignment, Goes 0-For-2 For Low-A Lowell - NESN.com Skip to content Victorino, who hasn’t appeared in a game with the Red Sox since May 23, went 0-for-2 with two strikeouts. He also played five innings in right field and is expected to play four consecutive days — with the workload ramping up each day — before being reevaluated.

The plan is to work Victorino up to a full nine innings, something that’s been problematic since he first landed on the disabled list with a hamstring injury. It looked like the veteran outfielder was on the verge of returning to the Red Sox during the club’s 10-game road trip at the end of June, but back problems caused another setback.

Victorino has been limited to 21 games this season because of injuries. The 33-year-old won’t be back until after the All-Star break, but the Red Sox certainly have missed him offensively, defensively and from an energy standpoint.

?We haven?t given him a set of pom-poms yet,? Red Sox manager John Farrell said Thursday when asked about the enthusiasm shown by Victorino in Boston’s dugout during the team’s come-from-behind win over the Chicago White Sox the previous night. ?He?s brought energy, no matter what team he?s been on, even in the role unfortunately where he?s inactive. He?s still talking to teammates on the bench, he?s still talking the game. He’s still an energetic personality despite being on the DL because he cares. I know for a fact he?s more frustrated than anyone.?

Victorino, who earned a Gold Glove during a very impressive 2013 campaign, is hitting .242 with one homer and 10 RBIs for Boston this season. 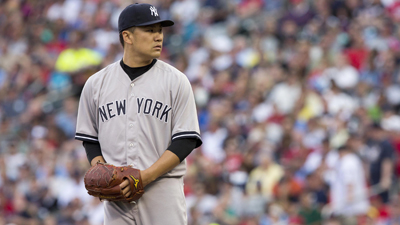