Injuries, trades and other factors can dramatically alter your team’s fortunes during the season, but drafting a solid, well-rounded team can go a long way in your quest for fantasy glory. Fantasy drafts can be daunting at times, but following a few simple rules can help you get a leg up on your opponents and save yourself some anxiety.

Below, we’ve broken down a few “do’s” and “don’ts” to take heed of on draft day. This is just our opinion, obviously, so feel free to complete ignore the following advice and draft as you please.

Let’s get it started.

Do: Load up on running backs in the early rounds
We know, it’s tempting to snag a big-name quarterback with one of your top picks. But the reality is that you start one quarterback each week, and if you’re in a league that employs a flex position, you potentially can employ three running backs. There are plenty of serviceable quarterbacks to go around, but there’s a noticeable drop-off in running back talent after about the first 10 to 12 players. Make sure to snag at least one, ideally two, if you can.

Don’t: Reach too high for a tight end
Three tight ends — Jimmy Graham, Julius Thomas and Rob Gronkowski — are worthy of taking in the first five rounds. After that, it’s pretty much anyone’s guess who the most productive players will be. Thomas himself is a great example, as he barely cracked the top 20 in most 2013 preseason rankings before catching 12 TD passes in the regular season. The middle rounds represent a great opportunity to add depth at wide receiver and running back, so you might want to load up there and take a flyer on a tight end in the later rounds.

Do: Draft an elite quarterback … if you can
At the risk of contradicting ourselves, if you have the chance to take one of the top three quarterbacks — Peyton Manning, Drew Brees and Aaron Rodgers — in the first two rounds, do it. Manning and Brees blew everyone out of the water in 2013, and Rodgers would have been right there with them had he not missed seven games because of injury. Manning should go in the middle of the first round, while Brees and Rodgers probably will be snagged early in the second. If you find yourself in one of those spots, you know what to do.

Don’t: Go nuts over rookies
Every year, a handful of rookies generate a lot of buzz in the preseason. Some of them usually pan out (Eddie Lacy, Giovani Bernard), but even more end up being busts (E.J. Manuel) or flying completely under the radar (Keenan Allen). The point is rookies are largely unknown entities, so while it’s well worth it to take a flyer on Bishop Sankey or Sammy Watkins in the later rounds, make sure you don’t overreach if proven veterans still are on the board.

Do: Draft an NFC West defense/special teams unit
No, seriously. You never should pick a defense until the last few rounds, but when that time comes, you can’t go wrong with any defense in this Division of Death. All four defenses — Seattle, St. Louis, San Francisco and Arizona — appear on our Top 10 list, and three of the four are in the top five. The Seahawks and 49ers are the usual suspects, but the Rams and Cardinals also have the potential to be elite units in 2014.

Don’t: Take a kicker before the last round
This is a pretty basic one, but we’ve seen it happen so many times that it bears repeating. After Stephen Gostkowski and Justin Tucker, the next seven top-scoring kickers in 2013 were separated by just eight points. Making an exception for Gostkowski or Tucker in the second-to-last round isn’t the worst thing, but after that, you might as well close your eyes and throw at a dartboard. Use your late-round picks on a defense and potential sleepers, and save the kickers for last.

Do: Take a chance on a random sleeper near the end of your draft
If you listened to our advice and didn’t waste a late-round pick on a kicker, that’s the perfect time to take a flier on a lesser-known player who you just “have a feeling about.” Most late-round draft picks end up bouncing back and forth in free agency anyways, and there’s always the chance you can land the next Alshon Jeffrey. Now is the time to take that guy you’ve been sitting on the whole draft.

Don’t: Place too much stock in 2013 production
This probably is the most important item on the list. It’s easy to fall into the trap of ranking players based on how they did last season. And while past production certainly is a major data point, so many variables change from year to year that it’s unwise to base your rankings solely on that. Two obvious examples are Eric Decker and Knowshown Moreno, who went from one of the most prolific offenses in NFL history to the run-happy Jets (Decker) and to a potential backup role to Lamar Miller (Moreno). 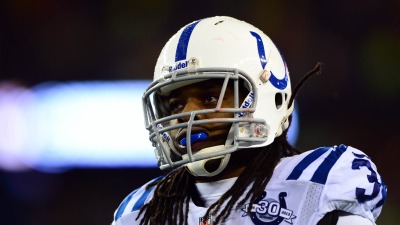 Fantasy Football 2014 Preview: Top 10 Players To Avoid In Your Draft