Are you an NFL fan who goes to games and thinks to yourself, “This place needs more booze?” Do you also love sugary snacks? If you answered yes to both, you may need to see a doctor, but also, the Atlanta Falcons might have just what you’re looking for.

SportsGrid points out that the Falcons will be selling alcohol-infused cupcakes at the Georgia Dome this season. After driving their fans to drink last season with a putrid 4-12 season, the Falcons are giving fans the chance to double down on shortening their life expectancy by selling the “Delights By Dawn” booze-soaked treats.

They’re apparently called “Toxycakes,” and according to SportsGrid, they came in a variety of flavors including Apple Fireball Cinnamon, Red Velvet Chocotini and Key Lime Margarita.

This should go well.

Check out some of the strangest ballpark foods in America>>

Brandon LaFell, James White Among Patriots To Watch Against Eagles 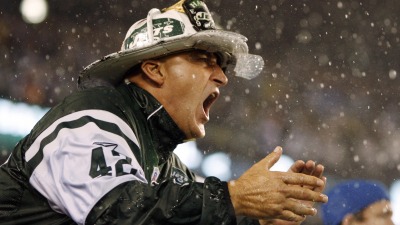