How much would you pay to see the expression on Gregg Popovich’s face the first time he’s asked if Becky Hammon can do her job, as a woman?

It would be all about the expression, of course, because we highly doubt Popovich would dignify the question with a verbal response.

In tabbing Hammon to be the first female full-time assistant coach in NBA history Tuesday, the San Antonio Spurs showed once again why they continue to stay one step ahead of not only their basketball brethren but of just about every organization in professional sports. Few franchises in the four major leagues can match the Spurs’ longevity as championship contenders for a whole host of reasons, but ultimately their excellence stems from the fact that hiring Hammon surely came down to one factor:

She knows the game.

Honestly, how silly must Popovich think it is that it has taken until now for pro sports to break the gender barrier on the bench? Cleveland Cavaliers coach John Lucas welcomed Lisa Boyer to his staff in 2001, but that was in a volunteer capacity. Actually cutting a check to a woman was still a bridge too far 13 years ago. Now, Hammon will be a full-fledged, clipboard-carrying member of the NBA coaching fraternity.

What casual fans mistake for out-of-touch old-fogeyness when they see Popovich’s surly TV interviews actually is a man with one of the most no-nonsense, progressive attitudes in sports. Rest assured that if the Spurs had a need for Jason Collins last season, they would have called him, but they didn’t. There is beauty in that, too — Popovich and the Spurs wouldn’t have hired an openly gay player just to be “that team.” They hire people who can help them, don’t hire people who can’t. It’s a novel concept. In Popovich’s eyes, if Hammon can coach, she will coach.

Hall of Famer Jerry Sloan once said he was thrilled when the boys and girls were separated in sports when he hit adolescence, “because they always beat us.” Eventually, physical disparities tipped the scales in favor of the guys, but men have never had a monopoly on knowing the game. Anyone who had heard the color commentary of Ann Meyers, read the in-depth writing of Jackie MacMullan or just plain watched a WNBA game in the last few years is aware of this.

The best part of the entire deal, though, was the Spurs’ press release. Nowhere in the written announcement did it mention the historical significance. Her gender was not mentioned at all. Hammon now is simply a Spurs assistant, just like Jim Boylen or Chip Engelland or Chad Forcier, and Mike Budenholzer or Brett Brown before them.

No, really. Just like them. Go ahead, ask Popovich if Hammon is any different. We’ll have our cameras ready to record his reaction for posterity. 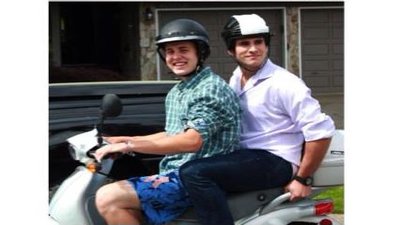