Being a baseball grounds crew member is a pretty thankless job, as the Chicago Cubs’ crew was reminded Tuesday.

A quick, but strong storm swept through the North Side on Tuesday night, hammering Wrigley Field with sheets of pouring rain. The storm — which didn’t affect the White Sox game on the South Side — popped up quickly and forced the grounds crew to scramble as the Cubs’ game with the San Francisco Giants went into a rain delay.

That scramble could have gone a little bit better. The crew quickly attempted to roll the tarp, and that devolved into an utter disaster. The staff struggled to properly roll out the tarp in its first try, which left parts of the infield exposed for the deluge to wreak havoc.

When it was all said and done, the rainstorm lasted 15-20 minutes, but the field ended up being an unplayable mess. As a result, the two teams endured a rain delay of more than four hours. The game eventually was called after just 4 1/2 innings and the last-place Cubs were awarded a 2-0 win.

That doesn’t affect the Cubs very much, but it’s a tough blow for the Giants. They fell back into a virtual tie for the second wild card spot in the National League with the loss, and it goes without saying that every game is huge for them down the stretch.

“Look, I’m frustrated, beside myself,” Giants manager Bruce Bochy said, according to MLB.com. “I hope they listen and watch what happened there because in this day and time it shouldn’t happen, can’t happen, I think, with the importance of these games.”

The Cubs weren’t necessarily proud of their win, either.

“I don’t think anyone takes any particular pride in winning a 2-0 game in five innings in a situation like that,” Cubs general manager Jed Hoyer said, according to MLB.com. “Those are the rules, but as an organization, we made a very good-faith effort to try to play this game.”

Under MLB rules, however, there was nothing that could be done. Since the Giants weren’t leading or tied at the time of the delay, it technically was an official game and couldn’t be suspended. 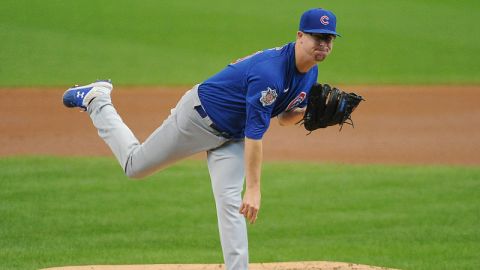 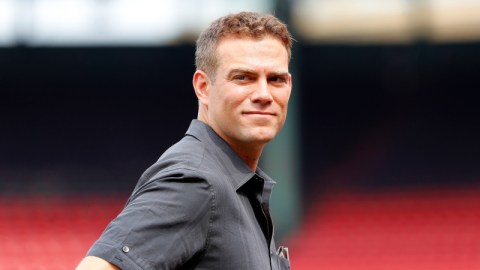