Peyton Manning had an eye-popping fantasy year in 2013. The Denver Broncos quarterback compiled 406 fantasy points in ESPN standard leagues — that’s over 25 points a game for those keeping score — thanks to an NFL record-breaking 55 touchdown passes.

It’s impossible to expect the 38-year-old to duplicate those numbers in 2014, but even a drop in production puts Manning at the top of the NFL quarterback heap.

After that, it gets interesting.

1. Peyton Manning, Broncos (Bye week: 4)
The Broncos lost Eric Decker and Knowshown Moreno but added Emmanuel Sanders. With Peyton at the helm, though, none of that really matters.

2. Drew Brees, New Orleans Saints (6)
Brees gets the slight nod over Rodgers for his consistency. The ageless QB has throw for over 5,000 yards in three consecutive seasons and averaged more than 20 fantasy points in five of the last six seasons.

3. Aaron Rodgers, Green Bay Packers (9)
If Green Bay stays healthy, Rodgers could outproduce Brees. After missing seven games in 2013, the 30-year-old will take the field with a chip on his shoulder and both Jordy Nelson and Randall Cobb at his disposal. Look out.

4. Matthew Stafford, Detroit Lions (9)
New offensive coordinator Joe Lombardi should return the Lions to their pass-happy ways. That means plenty of fun for Stafford, who has plenty of weapons in Calvin Johnson, Golden Tate and Reggie Bush, to name a few.

5. Nick Foles, Philadelphia Eagles (7)
Foles’ days of flying under the radar are over. Chip Kelly’s offense compiled nearly 420 yards per game in 2013, and that will continue with Foles secured as the starter. An added bonus: Foles rushed for 221 yards and three touchdowns in just 10 games last season.

6. Tom Brady, New England Patriots (10)
If Brady’s offensive weapons stay healthy (we’re looking at you, Gronk), he could be higher on this list. Brady managed to finish in the top 15 in QB fantasy points in 2013 with virtually no one to throw to. Expect his numbers to rise.

7. Matt Ryan, Atlanta Falcons (9)
Like Brady, Ryan suffered from a lack of targets in 2013. Roddy White and Julio Jones are back at full speed this season, though, and the last time Matty Ice had both wideouts at his disposal, he put up almost 20 fantasy points per game.

8. Cam Newton, Carolina Panthers (12)
Newton finished fourth in the NFL in fantasy points in 2013, but he lost his top three passing targets in free agency this offseason. Newton still is the most productive runner among NFL QBs, though, and we don’t expect that to change in 2014.

9. Andrew Luck, Indianapolis Colts (10)
Luck quickly is becoming an elite NFL quarterback, but for as far as fantasy goes, his passing output just isn’t enough to rank him any higher. Still, the 24-year-old’s rushing prowess (nine TDs in two seasons) is a huge plus, and if he continues to develop in the passing game, he could put up huge numbers.

10. Robert Griffin III, Washington Redskins (10)
RGIII is back. After a trying season in 2013, Griffin has a new weapon (DeSean Jackson), a new head coach (Jay Gruden) and a new offensive coordinator (Sean McVay). If he can stay healthy, he could surpass his rookie year numbers. 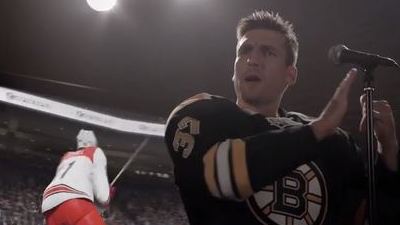 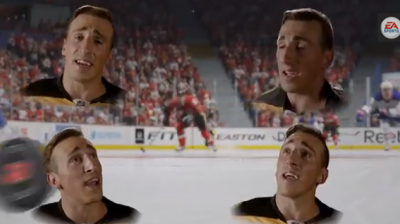