It’s Jimmy Graham and then everyone else.

Finding a tight end who puts up consistently solid numbers can be maddening some times, as most tend to fluctuate wildly in their offensive involvement and statistical output. That’s not the case with Graham, who has put up top-tier wide receiver numbers every year since 2011.

Unfortunately, Graham likely will cost you a first-round draft pick, so you might be better off waiting until the later rounds to land a tight end. There certainly are some viable options, as well as a few players who could fly under the radar and be available as bargains in the later rounds.

1. Jimmy Graham, New Orleans Saints (Bye week: 6)
Sorry, Gronk. A tight end in name only, Graham has missed only one game in the last three years. At least 1,000 yards and 10 TDs seems likely for Graham, and for a tight end, that’s almost unheard of.

2. Julius Thomas, Denver Broncos (4)
There’s a big drop-off from the top spot, but Thomas proved that playing in Peyton Manning’s offense can instantly transform you into an elite fantasy player. Don’t expect another 12 TDs from Thomas, but anything close to that still is great at this position.

3. Rob Gronkowski, New England Patriots (10)
Gronk managed to be the No. 2 tight end in the league in 2012 despite missing five games. If his health was guaranteed, he’d be a lock for a first- or second-round pick. Unfortunately, it isn’t, and he’s not.

4. Vernon Davis, San Francisco 49ers (8)
Davis has developed a report with QB Colin Kaepernick, finishing 2013 as the No. 2 fantasy tight end behind Graham. Don’t expect a repeat of that production, though, as a healthy Michael Crabtree should cut into Davis’ targets.

5. Jason Witten, Dallas Cowboys (11)
If you’re looking for stability, Witten is your guy. The 32-year-old hasn’t missed a game in 10 years and always is a lock for almost 1,000 yards and a handful of touchdowns.

6. Greg Olsen, Carolina Panthers (12)
Cam Newton lost his three best receivers this offseason, but the team’s leading receiver in 2013 still is here. Olsen won’t put up gaudy numbers, but like Witten, he’s a safe bet to give you a steady diet of yards, with a few touchdowns sprinkled in for good measure.

7. Jordan Cameron, Cleveland Browns (4)
If Witten and Olsen are the safe plays, Cameron is the big risk. He proved in 2013 that he’s capable of being an elite tight end (five TDs in his first four games), but with a new offense and uncertain quarterback situation, his production could take a hit.

8. Kyle Rudolph, Minnesota Vikings (10)
Rudolph was pretty abysmal in 2013. He’s fully healthy this year, though, and his best game last season came with Matt Cassel at QB. With Cassel entrenched as this year’s starter, expect a bounce-back season for Rudolph, who excels near the goal line.

9. Jordan Reed, Washington Redskins (10)
Reed’s overall production in 2013 wasn’t impressive, but the rookie still showed flashes of promise. With a healthy Robert Griffin III in the picture, Reed could see a lot more balls headed his way in 2014.

10. Zach Ertz, Philadelphia Eagles (7)
If you’re going to take a chance on a tight end in the late rounds, go for Ertz. The 23-year-old snagged three TD passes in the month of December last year and could see plenty of action with Nick Foles at the helm of Chip Kelly’s fast-paced offense. 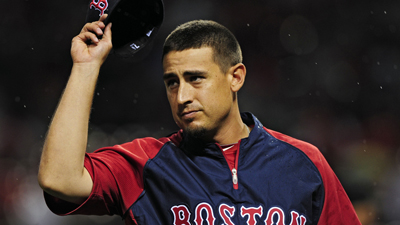