At South Carolina, Clowney was known for absolutely leveling offensive players whenever he was on the field. Now, he’s doing the same thing in the NFL.

During the first quarter of the Texans’ preseason game against the Atlanta Falcons on Saturday, Clowney delivered a devastating hit to running back Antone Smith, then sacked Matt Ryan on the very next play.

As you can see, offensive lines don’t really concern Clowney, as he just barreled his way right through the Falcons’ both times. Between Clowney and fellow defensive end J.J. Watt, Houston’s defensive line should be a force to be reckoned with during the regular season. 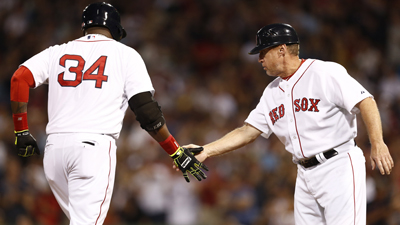 PawSox Coach: Henry Owens Could Become Red Sox’s No. 1 Or No. 2 Starter