Jeff Bridges has starred in many movies throughout his acting career, but one of his most memorable roles is from “The Big Lebowski” where he played The Dude — a California slacker who loved to bowl.

Bridges was at Dodger Stadium on Sunday for ceremonial first pitch duties before the Los Angeles Dodgers game against the Chicago Cubs. The 64-year-old actor was there to promote his new movie, “The Giver,” but he might have instead made fans want to look for “The Big Lebowski” from their old DVD pile after what he did.

Rather than actually pitch the ball, Bridges reprised his old role for a brief moment and bowled the baseball to home plate.

It’s only fitting that the fun-loving Bridges bowled the baseball to Brian Wilson.

And for those who actually wanted to see Bridges throw a real pitch, the actor got the ball back and lobbed one to home plate. 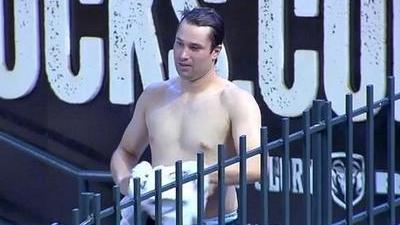 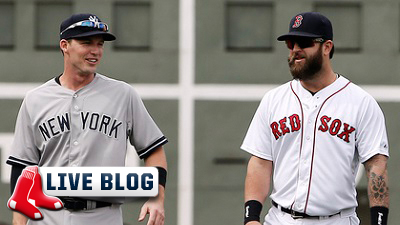