New England Patriots players reportedly were upset this week when the team traded co-captain guard Logan Mankins to the Tampa Bay Buccaneers. One of the team’s remaining veterans discussed the move Friday.

Linebacker Jerod Mayo is one of the Patriots’ co-captains, and apparently that means he’s able to publicly speak about the eye-opening transaction. Mayo didn’t criticize the move, but he certainly made it known that he’ll miss having Mankins as a teammate.

“It?s always tough when you lose a brother like Logan, a guy who?s been here his entire career,” Mayo said Friday on WEEI radio. “At the end of the day, we still recognize that it?s a business, and decisions have to be made. Coach (Bill) Belichick obviously felt that was the best thing for this team for now and for the future.

“It?s tough. Anytime you go through multiple training camps, multiple seasons with a guy, it?s tough to lose a brother.”

Mankins was introduced to the Florida media Thursday and reflected on his time with the Patriots. The offensive lineman admitted to being a little upset to see his time in New England come to an end. Mayo revealed Friday he was one of the players Mankins has spoken with since the trade and offered a little insight into the conversation.

“Obviously he was hurt a little bit,” Mayo said on WEEI. “Like I said, we?re a family here. As his teammates we stick together through thick and thin. But he also recognizes that it?s a business. Sometimes moves have to be made, and we all have a time. NFL they always say stands for ?Not For Long.? We have to enjoy these moments that we have with each other, because you never know when it?s your last.” 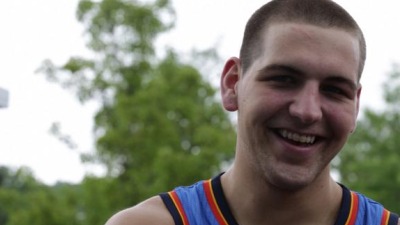 Thunder Rookie Mitch McGary: ‘So What’ I Smoked Weed In College (Video)