The New York football rivalry is heating up, thanks to a rookie.

New York Giants rookie running back Andre Williams stoked the fire earlier this week when he was talking about whatever rivalry there is between the Giants and the New York Jets.

Williams said the Giants were “the real New York team,” according to ESPN, ahead of the two teams’ preseason showdown on Friday night.

That little jab eventually got back to Jets head coach Rex Ryan, and as you might expect, the loud-mouthed head coach had a jab of his own waiting for Williams, a Boston College alum.

“Last time I saw him he was getting smoked by Clemson,” Ryan told reporters on Wednesday, according to ESPN.com.

That’s a reference to a BC-Clemson game last season. Ryan’s son actually plays for Clemson, and the head coach saw the Tigers hold Williams to 70 yards on 24 carries in a 24-14 win on Oct. 12.

However, Ryan was quick to credit Williams, too, although it doesn’t sound like the Jets will be forgetting Williams’ words when the two teams get together Friday.

Williams has been pretty good so far, as the 21-year-old has rushed for 83 yards on just 14 carries with a touchdown in two preseason games for the G-Men.

Penn State-UCF Game In Ireland Could Be Threatened By Volcano 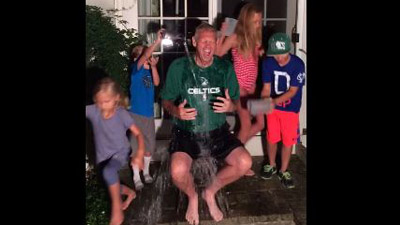