BEREA, Ohio —  Johnny Manziel has quickly learned his college days — on the field anyway — are over.

Less than a week into his first NFL training camp with the Browns, Manziel is going through the typical growing pains of any rookie quarterback.

He’s doing all he can in the classroom to grasp Cleveland’s offense, but the former Heisman Trophy winner is finding that once he’s behind center, everything is moving faster than expected.

He’s making mental and physical mistakes. The throws that came so easy for him at Texas A&M aren’t there. He’s not scrambling around and making defenders look silly. Not yet.

Still, Manziel is making progress and staying close to Brian Hoyer in their competition to be Cleveland’s starter.

Both QBs have had their good and bad moments through five practices, and offensive coordinator Kyle Shanahan said a contest that has divided Browns fans remains a tight race.

“I don’t think one’s any further in front than the other,” Shanahan said.

Hoyer has taken all the snaps so far with Cleveland’s first-team offense with Manziel working exclusively with the second-stringers. However, the Browns plan to give Manziel some reps with the starters “sooner than later.”

Shanahan, who joined the Browns after four seasons in Washington, is eager for Hoyer or Manziel to seize the job, push into the lead and stay there. To this point, they’ve traded spots.

“As far as these five practices, it’s usually one day one guy’s ahead of the other,” he said. “The next day, the other guy does a better job. I think it’s been back and forth. It’s something that I don’t try to evaluate every day. I try to just coach both of them and get them better. Usually in my experience, when you’ve been in a situation like this, it usually plays out.

“We’ve been in a week. Hopefully as these preseason games go, as these practices go, I hope one of them will make the decision easy on us, one will just take off and start playing really well. Usually the answer becomes pretty easy. If they make it tough, I hope it’s because they’re both playing really well.”

Manziel acknowledged some “ups and downs” during his first week in camp. He claims not to be worried about whether he’s made up ground on Hoyer, who as expected, has looked sharper than his younger teammate.

Manziel said his sole focus is on getting a handle on learning Cleveland’s offense.

“I’m not worried about one or the other being ahead,” he said. “I’m worried about me making sure I know what I need to know to get out here and execute and run the offense and not have any mistakes. Once I go through a couple of days with no mental errors or getting where I need to be every single time, then I’ll feel a lot better.

“Right now, it’s me versus the playbook and there’s nothing else.” 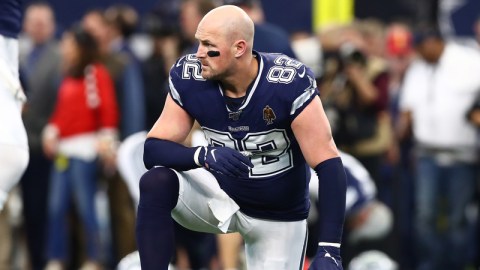 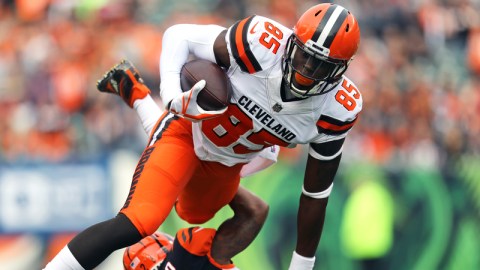 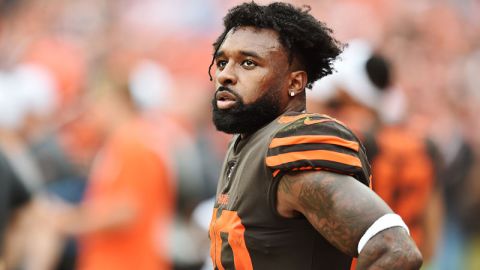 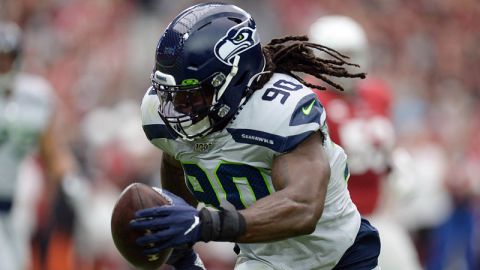 NFL Rumors: This Team Has Dropped Out Of Jadeveon Clowney Sweepstakes