Jon Lester will make a ton of money this winter when he hits free agency. One of the best left-handed pitchers in baseball, Lester could break the bank, especially if he made money the priority. It doesn’t sound like that will be the case, though.

The former Boston Red Sox ace now calls Oakland his temporary home, but he has been more than willing to talk about his upcoming free agency. The big southpaw insists he’s not necessarily looking for the biggest contract when free agency rolls around — which could leave the door open for the Red Sox to re-sign him — and it sounds like he’s not ready to rule that out.

Of course, it’s easier to say that when generations of Lesters will be set for life, no matter where he signs.

“In the greater scheme of things, we?re talking about just a stupid amount of money,” Lester told the Herald. “For me, I want to be comfortable. The way I look at it is, if someone gives you $170 million and someone gives you $150 million, is that $20 million really going to change your lifestyle? Same thing if the highest bidder is $100 million and the team you?re going to feel most comfortable with offers $80 million. Is that $20 million really going to make the difference in your lifestyle?”

Lester is saying all of the right things, but it will be interesting to see what happens when a team actually does “blow him out of the water” this winter. However, it sure sounds like Boston still is a topic of discussion in the Lester household. According to the Boston Herald, Lester’s 4-year-old son recently asked A’s closer Sean Doolittle if he played for the Red Sox.

“He thinks the house we?re staying in is a cool hotel for the weekend,? Lester said. ?He wants to know when we?re going home. So that?s hard.”

No matter what happens this offseason, Lester and his family know what kind of impact Boston had on their lives, and that sure sounds like it’ll be a big factor in the decision he ultimately makes.

“My time there, the memories and all that stuff don?t get erased based on this whole ordeal,? Lester said. ?I?m glad with where I?m at, and I understood where Ben (Cherington) was at. At the end of the season, it?s not going to change my mind about going back there if they are aggressive and competitive and do the things they say they?re going to do. Boston is definitely a place I would go.”

Click here to read the Boston Herald story on Lester >> 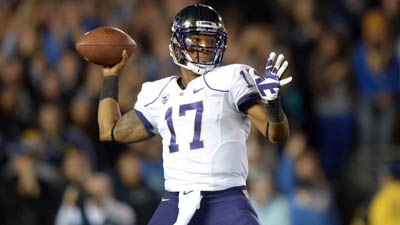 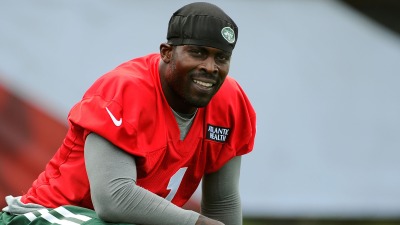 Michael Vick To Ray Rice: ‘Try To Make Amends For What You’ve Done’