In the wake of the NFL’s controversial suspension of Baltimore Ravens running back Ray Rice, ESPN’s Keith Olbermann was not shy about voicing his displeasure with NFL commissioner Roger Goodell.

On Friday, Olbermann took his criticism to another level by calling for Goodell to resign as league commissioner.

“It?s consistent with other cases in that the NFL consistently refuses to significantly punish domestic violence abuse,” Olbermann said on his late-night show Friday. “If there had been some recognition, some form of acknowledgement, if only to the women fans of the NFL, that this two-game suspension is a virtual attack on them, perhaps these following words would not be necessary.

“But for the sake of the NFL, and more importantly, for the sake of those women and all others and all of us in a country in which this is so much more than a mere sports league, it is necessary, Mr. Goodell, for you to now resign as its commissioner.”

Goodell gave Rice what many believed was a lenient two-game suspension for violating the league’s personal conduct policy after allegedly knocking his future wife unconscious in February.

In the face of intense backlash from critics like Olbermann, Goodell defended the league’s punishment of Rice, claiming that it was “consistent with other cases.”

Yet Olbermann was having none of Goodell’s explanation, pointing out that the NFL did not punish Ben Roethlisberger after a sexual assault civil suit was filed against the Pittsburgh Steelers quarterback in 2009 and only suspended him after a criminal investigation in 2010.

Hear Olbermann’s full argument against the NFL commissioner in the video below. 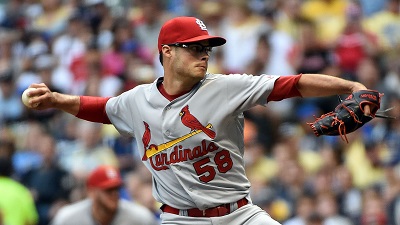 Joe Kelly Learned Of Trade To Red Sox Via Twitter, Ready To ‘Have Fun’ 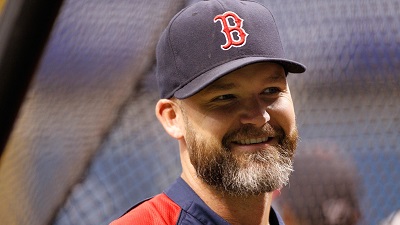