3:27 p.m.: That’s it and that’s all for Kevin Love in his first official appearance as a Cleveland Cavalier.

The big man said all the right things, as he thanked Minnesota for his time there, adding that he hopes they remember the good times and the things he did for the community because that’s what he’s going to remember.

But Love is clearly all in for Cleveland, and he’s ready to get to work and live up to the lofty expectations they have created this offseason.

3:25 p.m.: Love wrapped up his short presser by describing how excited he is to be on the court with Anderson Varejo,”fighting for rebounds.”

Love cited Boston Celtics great Bill Russell as the man who always harped that 80 percent of boards are below the rim, and you have to fight to get them.

3:22 p.m.: LeBron and Love have had a relationship for years, now, but Love revealed he always dreamed of playing alongside him one day.

Although he wouldn’t have believed it if someone told him that would be happening a year ago, let along 60 days ago.

LeBron would give him some extra confidence on the court, telling Love how good he was, and how good he could be, at the Olympics and at All-Star games.

3:20 p.m.: Love might never have appeared in the postseason while with Minnesota, but it’s already on his mind, and he’s getting himself prepped for the playoffs — with the help of LeBron, of course.

“LeBron and I have talked about how I need to mentally prepare to play into June.”

3:18 p.m.: After discovering that many of his first choices were taken, Love finally landed on wearing No. 0 for the Cavs, which as Griffin pointed out to him, also represents the “O” in Ohio.

“I thought this was a chance for me to start fresh…number zero is the right fit for me.”

3:15 p.m.: Love has spent some time around the city and gotten to know his new teammates. The star forward added he worked out with Mike Miller today and is excited for the talent that is here.

“I feel like I’m really going to be able to go out and play my game. It’s gonna be a great opportunity for me.”

3:12 p.m.: Love might not be leaving Cleveland anytime soon. When asked how long he’ll play for the Cavs, he said he’s in it for the long haul.

“I?m committed to this team, committed long term to the end goal, and that?s to win championships.”

Love revealed that after LeBron signed with Cleveland, James called him up, and it was as easy as that.

3:07 p.m.: Griffin added that the Cavaliers have been in trade talks for Love for 18 months.

He believes the Kyrie Irving signing got the momentum rolling, and obviously, the LeBron James deal expedited the process.

3:04 p.m.: Our pal Jason was a little off on his estimation. The press conference is off and running.

General manager David Griffin opened things by thanking the organization and everyone involved in making the trade happen.

He also thanked Andrew Wiggins and Anthony Bennett for all they did in Cleveland.

3:01 p.m.: The press conference is set to start in about seven minutes, Jason Lloyd of the Akron Beacon Journal is reporting.

Get your popcorn ready.

Andrew Wiggins, the biggest piece the Timberwolves received in exchange for Love, was at the Minnesota State Fair on Tuesday, sporting a T-Wolves jersey for the first time.

Joined by Zach LaVine, Anthony Bennett and Thad Young, as well, the 19-year-old spoke with excitement about helping turn the Timberwolves around.

“I think I’m in the best spot for me.” Wiggins said, via the team’s PR Twitter account. “I’m going to try my best for Minnesota.

10 a.m. ET: At long last, Kevin Love will officially be a member of the Cleveland Cavaliers.

The All-Star power forward will be introduced with his new team at a press conference Tuesday in Cleveland. After a long summer of rumors predicting Love would end up everywhere from Boston to Oakland, the Cavs ended up being the winners in the Love sweepstakes.

Of course, Love’s sentiments toward the Cavs took a 180-degree turn after LeBron James’ announcement that he would return to his hometown team. Whereas Love reportedly made clear earlier in the summer that he would refuse to sign a contract extension if traded to Cleveland, the Cavs suddenly jumped to the top of his list once they added James.

Now, Love will form a new “Big Three” by joining James and Kyrie Irving in Cleveland. And it begins today.

Join us for live updates from Love’s press conference, which is scheduled for 3 p.m. 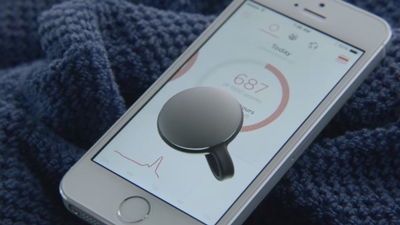 Forbes: iPhone 6 To ‘Revolutionize Sports And Fitness’ With Health App 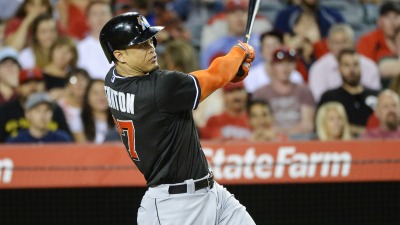