Landon Donovan To Retire As Most Important Player In US Soccer History - NESN.com Skip to content Landon Donovan already was an icon when he was put in a position to become the most important men’s player in U.S. Soccer history on March 31, 2005.

Donovan completed an outright transfer to the L.A. Galaxy from German club Bayer Leverkusen that day, signing a multi-year contract worth $900,000 annually. Donovan had been U.S. Soccer’s golden boy since 1999. Major League Soccer and the Galaxy have paid him like one ever since.

Throughout his career, Donovan embraced the challenge and confirmed himself as the best-ever American soccer player. That he did so while effectively spending his entire career in the United States makes him the reference point for American players in the new millennium.

As he racked up championships and accolades, Donovan’s salary rose. He earned between $2 million and $2.5 million per year in his next contract (from 2010-2013) and will make around $4.6 million in 2014. His net worth exceeds $10 million, according to Celebrity Net Worth.

On Thursday, Donovan, 32, announced that he will retire after the 2014 MLS season. Donovan’s on-field legend is well established and will be told and re-told ad nauseum in the coming days, weeks and months. The debates about his character, controversial omission from the United States’ 2014 FIFA World Cup team and his overall standing in the sport also continue.

But the untold story of Donovan’s compensation package is one of U.S. soccer’s defining tales. Donovan proved that he could thrive in MLS during the four seasons he spent with the San Jose Earthquakes (from 2001 to 2004). Bayer Leverkusen owned his contract during those years, and MLS shared and showcased the budding superstar in what was essentially a rent-to-own situation.

When he signed with the Galaxy in 2005, Donovan created the top end of the market for American players, showing them what they can potentially earn in MLS. Donovan signed his first MLS contract before the advent of the “Designated Player” rule, which allows teams to spend money outside of the salary cap on select players. Members of the MLS millionaires’ club have Donovan to thank — especially so if they happen to be American — as it didn’t exist before he came along.

Donovan continually justified his salary with his on-field exploits for club and country. He has played key roles on teams that have won five MLS Cups, two Supporters’ Shields and one U.S. Open Cup. Donovan has been a MLS Best XI member (all-league) six times, a MLS All-Star 14 times and the league’s scoring champions and MVP once each. Donovan’s storied international career includes 156 games, 57 goals and 58 assists (both records) and three World Cups. Donovan set the bar for “greatness” as far as men’s soccer players are concerned.

Donovan will retire as the first American soccer superstar. He excelled on the field, while bearing the burden of promoting the league and the sport off it during a period when MLS came off of life support, stabilized and gained momentum that carries it confidently into the future.

Since he shunned the chance to play for a European club (except for short loan stints in 2009, 2010 and 2011), Donovan’s achievements rarely garner the appreciation they merit. After all, they only can be understood in the context of U.S. soccer, of which he is a primary author.

But anyone can see Donovan’s biggest contribution to U.S. soccer: He earned fame and fortune by playing professional soccer in the United States and no place else. Think about it. American boys can grow up and become millionaires in MLS if they’re good enough. Nowadays, some are striving to match Donovan’s on-field achievements and couldn’t care less about his bank balance, which is more important in the long run. 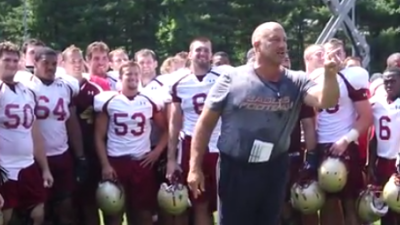 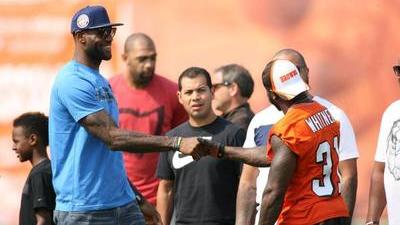