Simon Mignolet has the chance of a lifetime.

Mignolet enters the 2014-15 season as Liverpool FC’s starting goalkeeper. If the Belgian shot-stopper raises his game in his second season at Anfield, he could retain that status for years to come.

Mignolet came to Liverpool from Sunderland last summer to provide competition for Pepe Reina but soon supplanted the Reds’ longtime starter as first-choice in the eyes of manager Brendan Rodgers.

Mignolet played all 38 Premier League games last season but he conceded 50 goals. That frailty at the back is an oft-cited reason for Liverpool’s failure to win the title, and Mignolet must play a key role in resolving Liverpool’s defensive issues this term — perhaps by better commanding his penalty area and improving his communication with defenders.

After returning from 2014 FIFA World Cup duty with Belgium, Mignolet appeared in four of Liverpool’s preseason games, winning three of them and losing one. Mignolet should gain confidence from his performances this preseason, particularly in the penalty-kick shootout victory against Manchester City on July 30.

Rodgers likely will try to sign another goalkeeper before the summer 2014 transfer window closes on Aug. 31. Any shaky performances or high-profile mistakes early in the season could drag Mignolet, 26, into a real fight for his position and possibly cost him a chance at earning Rodgers’ enduring trust.

Liverpool’s other first-team goalkeepers include:

Brad Jones
Jones, 32, will start the season as Mignolet’s backup and he should be ready to do so, given the amount of action he has seen in preseason. Jones started Liverpool’s first four preseason games, playing the full 90 minutes in two of them.

While the Australian is poised to watch most of the season from the bench, he could step into the fray if Mignolet is suspended, injured or suffers a loss of form. Games against weaker opponents — in domestic cups or even the UEFA Champions League — could provide Jones with chances to play in the upcoming campaign.

Danny Ward
Ward was 18 when he joined Liverpool from Wrexham in January 2012. Ward soon graduated from the Reds’ academy but was limited to U-21 Premier League action in the ensuing two-and-a-half seasons.

The slow pace of Ward’s progress through the ranks is mostly down to his age, inexperience and the presence of established veterans, who are ahead of him in the pecking order.

But Ward’s career is moving forward, and he is currently Liverpool’s No. 3 goalkeeper. Ward played eight minutes in Liverpool’s first preseason game (a 2-1 loss to Brondby on July 16).

Editor’s note: This is the first of our position-by-position breakdowns on Liverpool’s 2014-15 squad. 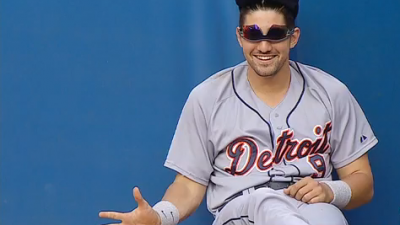 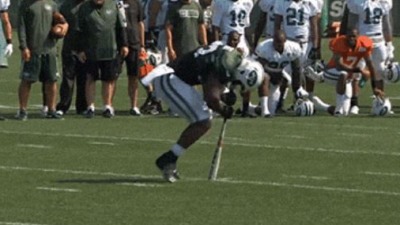