The Reds have defeated Tottenham 3-0 in an excellent display of attacking soccer. Raheem Sterling opened the scoring early in the first half, and Liverpool added two more goals with a Steven Gerrard penalty kick and an incredible solo effort from Alberto Moreno.

This is the first defeat of the season for Spurs, who were completely outplayed for nearly the entire game.

Thanks for following the action with NESN.com’s live blog!

90th Minute, Liverpool 3-0: We will have three minutes of added time.

Dejan Lovren tugs on the shirt of Emmanuel Adebayor, who fell to the ground in the penalty box. The referee did not award a penalty kick and the Spurs crowd erupted with displeasure.

86th Minute, Liverpool 3-0: Raheem Sterling, who likely will take “Man of the Match” honors, has been replaced by left back Jose Enrique.

85th Minute, Liverpool 3-0: Liverpool and Tottenham has been a one-sided fixture in recent times.

80th Minute, Liverpool 3-0: Tottenham enjoyed some good possession in the attacking third but Andy Townsend ended it by sending a pass out of bounds with no teammate in sight. A miscommunication, for sure.

70th Minute, Liverpool 3-0: Raheem Sterling just dangled past two defenders in the penalty box to set up a 1-on-1 with the goalkeeper, but he shockingly misplayed the ball and didn’t score. It would have been one of the goals of the season.

66th Minute, Liverpool 3-0: Daniel Sturridge cuts in at the edge of the penalty box and curls a left-footed shot toward the near post. Hugo Lloris dives across in time to make the save.

61st Minute, Liverpool 3-0: Mario Balotelli and Joe Allen have exited the game. They were replaced by Emre Can and Lazar Markovic.

59th Minute, Liverpool 3-0: Alberto Moreno has given Liverpool a 3-0 lead with his first goal for the club. He dribbled halfway down the left side of the field into the box and his shot across goal beat Hugo Lloris to the far post. It was a fantastic individual effort from the summer signing from Spanish club Sevilla.

53rd Minute, Liverpool 2-0: Dier sends a header off a set piece high above the cross bar and out for a Liverpool goal kick. Shortly after, Lamela charged down the left side and into the box, but his pass across the six-yard line intended for Chadli was cleared by Alberto Moreno. The Spurs crowd is doing all it can to fire up the home side.

47th Minute, Liverpool 2-0: Joe Allen has drawn a penalty kick. He was fouled in the box when Eric Dier grabbed his upper chest. To be fair, it was a poor decision from the referee.

Steven Gerrard converted the penalty with a confident finish. Hugo Lloris guessed correctly, but he couldn’t make the save diving to his right.

46th Minute, Liverpool 1-0: The second half is underway.

End of First Half, Liverpool 1-0

After a minute of added time, the half draws to a close. Raheem Sterling’s goal has given Liverpool a 1-0 edge from an exciting 45 minutes of play.

Mario Balotelli was active in the Reds’ attack with five scoring attempts. However, his ball control was uncharacteristically poor and several of his shots weren’t close to hitting the target. To be fair, he hasn’t played much competitive soccer since the World Cup in July.

Here’s a replay of Sterling’s goal.

44th Minute, Liverpool 1-0: Liverpool executes a clever set play on a corner kick to find Mario Balotelli inside the box, but he skies the ball way over the net.

41st Minute, Liverpool 1-0: A beautiful pass from midfield finds Chadli’s run into the box, but he hits a right-footed shot straight at Simon Mignolet. Easily the best scoring chance for Tottenham so far.

39th Minute, Liverpool 1-0: Emmanuel Adebayor dribbles into the box but he is stopped by a great slide tackle from Dejan Lovren. Tottenham maintained possession in the attacking third of the field for another minute before Liverpool cleared.

35th Minute, Liverpool 1-0: The Reds are enjoying consistent possession in the attacking third of the field. They look poised to score a second goal.

30th Minute, Liverpool 1-0: Hugo Lloris came out of his box to thwart a scoring chance for Liverpool, but he misplayed his clearance and the ball went straight to Mario Balotelli. The Italian striker immediately fired toward the open net, but his shot was well wide.

29th Minute, Liverpool 1-0: Mario Balotelli sends a back heel pass to Daniel Sturridge, who quickly puts the ball on his left foot and curls a shot from 19 yards right at Hugo Lloris.

27th Minute, Liverpool 1-0: Danny Rose dribbles to the edge of the 18-yard box and fires a shot high and wide of the Liverpool goal. It was the end to a good build up from Spurs, who are starting to possess the ball more in the Reds’ half.

Joe Allen also picked up a yellow card for a challenge on Lamela.

25th Minute, Liverpool 1-0: Balotelli hasn’t scored, but he has been involved in the attack. He was just taken out by a sliding tackle near the corner flag to the right of Tottenham’s goal. Surprisingly, no foul was called.

20th Minute, Liverpool 1-0:Liverpool is dominating possession and using its pace down the flanks to create scoring opportunities. Sterling is involved in nearly every attack.

Tottenham isn’t helping its own cause with careless passing that is allowing Liverpool to ignite the counter attack. Spurs have not tallied a shot in the last eight minutes.

12th Minute, Liverpool 1-0: Daniel Sturridge makes a brilliant run toward goal, weaving past two defenders before hitting a shot wide of the right post from about 25 yards. Liverpool are looking more threatening since Sterling’s goal.

Daniel Sturridge found Jordan Henderson making a run into the box, and the English midfielder slid a pass across the penalty box for Sterling.

It’s the second time Henderson has assisted on a Sterling goal.

6th Minute, 0-0: Tottenham earned a corner but Chadli sent a header wide of the post and Liverpool cleared. Spurs have enjoyed a slight possession edge so far. It’s clear that Tottenham want to attack down the flanks with its superior pace.

3rd Minute, 0-0: Daniel Sturridge sent a beautiful cross into the box and Mario Balotelli’s header is directed right at Tottenham goalkeeper Hugo Lloris from six yards out. It was an excellent early scoring chance for Liverpool, and to be honest, Balotelli should have scored.

8:22 a.m.: Liverpool left White Hart Lane with a 5-0 win early in the 2013-14 Premier League campaign. New signing Mario Balotelli is hoping to lead the Reds to a similar result Sunday.

Today is Brendan Rodgers’ 100th game in charge of Liverpool in all competitions.

8:15 a.m. ET: The Mario Balotelli era at Liverpool will begin Sunday when he makes his Premier League debut at White Hart Lane versus Tottenham.

Balotelli, who arrived to Anfield in a transfer from AC Milan earlier in the week, will start alongside Daniel Sturridge at striker. The Reds are hoping that Balotelli will provide a scoring boost after the club scored just three goals combined in its first two league games, most recently a 3-1 defeat to reigning champion Manchester City.

Tottenham has begun the season in fine form with wins over West Ham United and Queens Park Rangers by a combined score of 5-0. This is a great early season test for Spurs, who lost twice to Liverpool in league play last season.

Follow this live blog throughout Sunday’s game for up-to-the minute commentary, highlights and score updates. Kickoff is scheduled for 8:30 a.m. 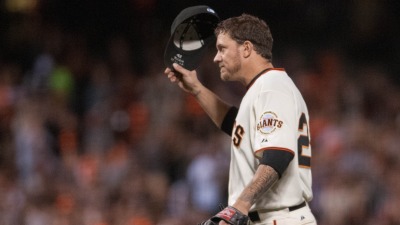