Mario Balotelli now plays for Liverpool, but AC Milan always will be in his heart.

Balotelli and AC Milan exchanged public goodbyes on Monday after the Italian striker completed a £16 million ($26.5 million) transfer to Liverpool.

While Balotelli’s 18-month stint at AC Milan had turbulent moments, he still scored 30 goals in 54 games for the Italian club. AC Milan released a statement Monday, which thanked Balotelli for his contributions on the field.

“We worked well together, Mario,” the statement said, according to the Mail. “We’ve been happy to have had you here and for this we say goodbye and thank you.

“In one year and a half you’ve achieved a lot. You were decisive in our qualification for the (UEFA) Champions League in 2013 and were our top scorer last season. This is what your Milan thinks of you and this is our chance to confirm it publicly.

“There have been lots of memorable moments: the goalscoring debut versus Udinese, that late winner versus Torino at San Siro in May last year, the decisive goal against Siena and the screamer against Bologna on Valentine’s Day at San Siro.

“Thank you for everything and for what you have done at the club. We wish you the very best of luck for your next sporting and professional adventure.”

Balotelli used Instagram to express his affection for AC Milan — the club he also supports.

“As I am about to enter a new chapter, I would like to thank @acmilan fans who have shown incredible loyalty and faith in me,” the caption read. “I also want to thank the great staff who have shown exceptional patience and guidence over the years. Most importantly, I want to express endless gratitude to my teammates who supported me on and off the pitch, just like my family does. Your camaraderie will be forever appreciated, as I’ve learned so much from you all. I leave Milan with sadness, but know that I will still make you all proud going forward. #FORZAMILAN!!!! #ThankYouMilan????????? I’m forever grateful????????}

Balotelli watched Liverpool’s 3-1 loss to Manchester City from the stands on Monday. Liverpool will look to rebound from the defeat when it visits Tottenham on Sunday.

Balotelli should be available to play for his new team and make his old one proud.

See our live blog of Balotelli’s transfer to Liverpool >> 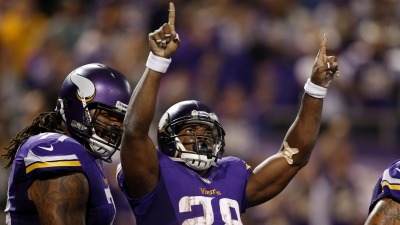