The Sox fell to the Houston Astros 8-1 in the four-game series finale, but the movie star in the stands was just happy to soak up the Fenway atmosphere. McConaughey, who’s filming a movie in Worcester, Mass., took in the game with his son before his son heads back to school next week.

Although the actor is a Texas native who grew up cheering for the Astros, McConaughey told NESN’s Elle Duncan he’s a baseball fan in general, adding that he tries to get to as many games as his busy schedule allows. 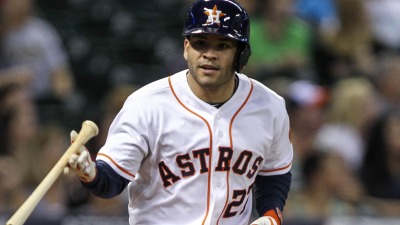 Jose Altuve: ‘Every Single Little Guy Wants To Be Like Dustin Pedroia’