The New England Patriots’ backup tight end and pass rusher might not be on their 90-man roster yet.

The Patriots will keep a close eye on roster cuts throughout the NFL on Aug. 26 and 30. The team is loaded at certain positions, like cornerback and wide receiver, but it still lacks important depth. The Patriots won’t be finished constructing their roster until they see which players get waived when teams must cut down to 75 players on the 26th and 53 on the 30th.

Not knowing who will be out there after those important dates, here is NESN.com’s best guess at who makes the Patriots’ 53-man roster based on who is currently on the team:

Mallett almost didn’t make the cut, since Garoppolo has been impressive in preseason action so far. The Patriots likely will actively try to trade the fourth-year pro in the next three weeks.

Gray impressed on Friday night in the Patriots’ preseason win over the Philadelphia Eagles. The Patriots were high on Gray when they signed him at the end of the 2013 season, and he could serve as valuable depth behind Ridley as a bell-cow running back.

Josh Boyce had some impressive moments on Friday night, but he still suffers from inconsistency. Thompkins and LaFell can play the X, Z and slot positions for the Patriots.

The Patriots could still elect to sign a third tight end and use Develin primarily at fullback. Develin has shown major improvements as a receiver over the past year, however.

The Patriots are giving tons of snaps to Dan Connolly, which leads me to believe they’re giving him a chance to prove he deserves a spot on the 53-man roster. He’s fared well, but I can’t see the Patriots carrying both Connolly and Wendell come September.

The Patriots have run a 3-4 in the preseason so far, and veteran Will Smith has been used as a 3-4 (five-technique) defensive end, not an outside linebacker. Smith also has been used as an interior defender in nickel.

The Patriots need a player who can back up Jones and Ninkovich as a pass rusher on the edge. If the Patriots can’t find a suitable backup on the waiver wire, linebackers Dont’a Hightower, Jamie Collins and Darius Fleming can rush off the edge. Buchanan still has high upside, but he has lacked consistency.

If the Patriots choose to run a 3-4, it puts an emphasis on linebackers and bigger defensive linemen. This is probably too many defensive linemen to carry, but Siliga and Jones proved in 2013 that they deserved spots on the 53-man roster before getting injured this summer. Moore has impressed in practice and in the preseason despite having raw skills.

Fleming has outplayed second-year pro Steve Beauharnais so far, and he offers more versatility, showing the ability to play inside and outside linebacker.

The Patriots are giving Butler every opportunity to make the 53-man roster by allowing him to start both preseason games. The Patriots will need to carry a fifth cornerback while Brandon Browner serves a four-game suspension.

The Patriots might not decide to carry a fifth safety, but they spent a sixth-round pick on Thomas, and they can take a closer look at him while Browner serves his suspension.

Unless the Patriots bring in another long snapper after Tyler Ott was released, Aiken has made the 53-man roster.

The Patriots will have an extra four weeks to decide if Tyms deserves to make the roster. 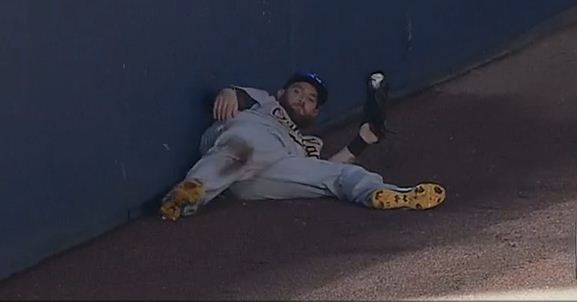 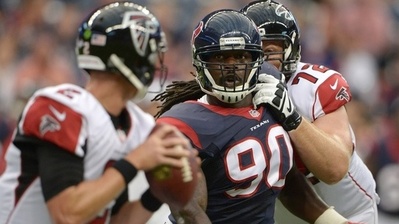 Falcon Calls Jadeveon Clowney ‘Just A Guy’ After No. 1 Pick Levels Him