PawSox Coach: Henry Owens Could Become Red Sox's No. 1 Or No. 2 Starter - NESN.com Skip to content Henry Owens is hands down the Boston Red Sox?s top pitching prospect. The 22-year-old?s ceiling, however, has been the subject of extensive debate.

?Going on one start, I can say that I see this guy being a No. 1 or No. 2 starter for the Boston Red Sox. ? (His) poise on the mound is ridiculous,? Sauveur said earlier this week on WEEI.com?s ?Minor Details? podcast with Alex Speier. ?This kid reminds me of Mark ?The Bird? Fidrych. I mean, just a goofball in the clubhouse and having a good time, and when he steps between those two wide lines that go down each side of the field, it?s game on.?

Owens has dominated at every level of the minors since being drafted in the first round in 2011. He recently was promoted to Triple-A Pawtucket, where he already has made a strong impression on the PawSox?s coaching staff. But while Owens is starting to enter the major league conversation, Sauveur doesn?t think the Red Sox should rush the lefty, even with Boston out of playoff contention.

?The kid is 22 years old. I think a full year in Triple-A would do this kid wonders,? Sauveur said. ?But again, what he showed the other day (in his first Triple-A start), you could say — and a lot of people have — that?s why I think they?re talking and saying this kid could pitch in Boston. The stuff showed, there?s no doubt about it. But it?s one outing. To me, if he has a bad outing, well what do we do? ?Oh no, he?s not ready.? You can?t do that.

?Right now, this kid needs to be in Triple-A,? Sauveur continued. ?They moved him up for a reason. He?s performed at Double-A and he succeeded very well. Let?s see how he performs at this level. One game is not everything.?

Owens went 14-4 with a 2.60 ERA in 20 starts with Double-A Portland before being promoted to Triple-A. According to Baseball America, Owens was voted by Double-A managers as being the best pitching prospect and having the best changeup and best breaking pitch in the Eastern League. It won?t be long before Owens brings his talent to The Show, though he?ll be competing with the likes of Rubby De La Rosa, Allen Webster, Brandon Workman, Anthony Ranaudo, Matt Barnes and others for opportunities.

?My opinion is you?re going to have a great rotation in the major leagues for the Boston Red Sox, plus you?re going to have a couple guys that are traded for a couple big league hitters, because there?s too many arms down here in this organization right now that you just cannot leave down at the Triple-A level,? Saveur said. ? ? These guys have to have a place to go. The next level is where they?re all going to end up.?

The Red Sox are relying on some young guns down the stretch. Owens might not receive a call-up this season, but 2015 could be the southpaw?s time to shine. 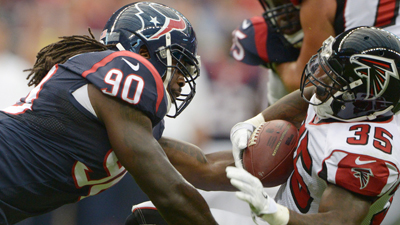