Ray Allen: I'd Be Content With Retiring, 'Not In Any Rush' To Decide - NESN.com Skip to content When LeBron James announced he would return to the Cleveland Cavaliers in early July, many thought Ray Allen would leave the Miami Heat and follow him.

After initial reports from the Boston Globe indicated that the NBA’s all-time leader in 3-point field goals was leaning toward following James to Cleveland, Allen’s representation, Tandem Sports and Entertainment, quickly responded with a tweet saying Allen had “not yet decided.”

The 10-time All-Star told the Hartford Courant on Saturday that he still hasn’t decided whether he’ll play, but that he has been contacted by multiple teams during the offseason.

“My family is very important in making the decision,” Allen said, via the Hartford Courant. “Right now, there is nothing that I need to do. If I ultimately decide this will be it for me, I’m content with that.”

Allen said that he’s happy with what he’s done in his career, and will continue to take his time in deciding.

“I’m not in any rush,” he said. “I’ve played 18 years, and the way I look at my career, I’m content with everything that I’ve done. I just want to take this summer and see how it goes.”

The 39-year-old guard acknowledged the positives of playing another year, pointing to his physical condition as one reason.

He did say, though, that he would feel good about things if he retired, pointing to his age as one reason why he might.

“My argument for not playing is, I have done a significant amount in my career and I appreciate everything that has come my way and as I’ve gotten older — I’m 39 — there are so many things in life I want to be able to do to affect change, like being around kids full time, which I enjoy. So at this point I just feel so good about where I am.”

Bon Jovi In Letter To Fans: I Want To Make Bills ‘Successful In Buffalo’ 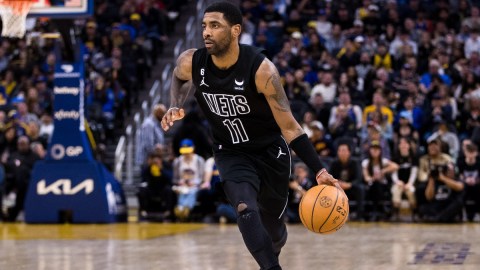