Final, Red Sox 4-2: It wasn’t a spotless effort by Koji Uehara. But the Red Sox closer shut the door.

The play of the ninth inning was provided by Jackie Bradley Jr. Howie Kendrick smoked a line drive toward the wall in right-center field. Bradley raced back, reached up and made an excellent grab — he even snow-coned it a bit — before banging into the wall. Somehow, Bradley held on.

The catch was huge because David Freese doubled one batter later and Chris Iannetta drew a two-out walk before Uehara struck out Kole Calhoun to end the ballgame.

Brock Holt and Dustin Pedroia led the way with two hits each for Boston. Holt reached base three times and Pedroia drove in a run.

Yoenis Cespedes collected his first two RBIs in a Red Sox uniform on a two-run double in the third inning. The Angels answered with two runs in the bottom half of the frame, but Mike Napoli gave the Sox a little breathing room with a towering solo homer in the fifth inning.

Mid 9th, Red Sox 4-2: Brock Holt seems to be breaking out of his slump.

Holt has reached base three times after singling in the ninth inning. Christian Vazquez reached prior to Holt’s single by striking out, as the ball traveled past catcher Chris Iannetta.

Dustin Pedroia lined out to center field to end the frame.

Mike Trout led off with a blooper into center field. Jackie Bradley Jr. charged in to make a running, off-balance grab.

The decision to insert Bradley as a defensive replacement certainly paid off there, as it’s unlikely Brock Holt would have caught up to it if he remained in center field. (Then again, Brock Holt can pretty much do it all, so that’s probably an exaggeration.)

Albert Pujols treated the Rally Monkey to a one-out double into the left field corner.

Tazawa made sure Pujols’ double didn’t lead to bigger and better things. Josh Hamilton flied out to center field and Erick Aybar grounded out to third base.

Salas struck out Yoenis Cespedes and Mike Napoli. Cespedes went down swinging on a changeup. Napoli fanned on a fastball.

Daniel Nava ended the inning with a ground ball to third base handled by David Freese.

Junichi Tazawa will pitch the eighth inning for Boston. He has his hands full. Mike Trout, Albert Pujols and Josh Hamilton are due up for L.A.

End 7th, Red Sox 4-2: Allen Webster pitched into the seventh inning for the first time in his major league career.

Webster drilled David Freese to begin the bottom of the seventh. He rebounded to retire Efren Navarro and Chris Iannetta before Red Sox manager John Farrell turned to his bullpen.

Farrell could have stuck with Webster, but it’s hard to blame Farrell for the move. Webster made great progress is this contest, so it marked an opportune time to close the book on the right-hander’s outing.

Mid 7th, Red Sox 4-2: The Angels turned to their bullpen in the seventh.

Grilli capped the inning by striking out David Ortiz. It took eight pitches. Ortiz fanned on a high fastball after fouling off three straight offerings.

Webster only had one strikeout entering the sixth. He fanned Albert Pujols and Howie Kendrick.

Pujols swung through a devastating changeup. Webster recently was voted as having the best changeup in the International League, according to Baseball America’s “Best Tools” list.

Kendrick chased a 1-2 slider down and out of the zone.

Xander Bogaerts and Christian Vazquez grounded out. Will Middlebrooks popped out to catcher Chris Iannetta in foul territory.

Weaver has featured a heavy dose of offspeed stuff in this contest. Overall, it hasn’t been his best outing.

End 5th, Red Sox 4-2: Allen Webster faltered after the Red Sox scored three runs in the third inning. He made sure the same didn’t happen after Boston produced a run in the fifth.

Efren Navarro, Chris Iannetta and Mike Trout all flied out.

Mid 5th, Red Sox 4-2: Mike Napoli hit one to the moon. When it landed, it did so beyond the left field fence for a solo homer.

Ortiz, who was unhappy with a 3-0 call by home plate umpire Dale Scott, lifted a fly ball to center field. Cespedes popped out to first baseman Albert Pujols over near the stands.

Napoli jumped all over a first-pitch fastball from Weaver. He launched it over the wall to extend Boston’s lead.

The 3-4-5 trio of Ortiz, Cespedes and Napoli was broken up in St. Louis because of the lack of a designated hitter. But it’s now back in a big way.

Howie Kendrick singled with one out. He shot a ground ball up the middle just beyond the outstretched glove of Dustin Pedroia.

David Freese took aim at Pedroia with a line drive. Pedroia snagged it and chucked to first to double up Kendrick, who strayed too far off the bag.

Mid 4th, Red Sox 3-2: The Red Sox threatened to add to their total in the fourth. Jered Weaver labored his way to a scoreless inning, though.

Will Middlebrooks singled into center field with one out and swiped second base with Christian Vazquez batting. Vazquez grounded out.

Brock Holt worked a two-out walk, setting up runners at first and second for Dustin Pedroia. Pedey grounded to short for the inning’s third out.

Xander Bogaerts also gave a ball a ride in the fourth inning. Mike Trout retreated to make the catch in deep center.

The Angels answered with two runs of their own against Allen Webster in the third. A leadoff walk haunted the right-hander.

Iannetta took third base when Kole Calhoun grounded to second. Mike Trout made it 3-2 with a sacrifice fly to center field that sent Brock Holt back toward the warning track.

Christian Vazquez started things with a one-out double. Brock Holt then went the other way with a 2-1 fastball to put runners at the corners.

Dustin Pedroia gave Boston a 1-0 lead with a single into left field.

Cespedes, batting with runners at first and second, yanked a line drive into the left field corner. The slugger fell behind in the count 0-2 but battled his way to a two-run double.

Weaver wasn’t too happy with home plate umpire Dale Scott in the inning.

End 2nd, 0-0: Allen Webster, who struggled in his last start, looks much more in control. He appears to be pitching with some extra confidence.

Aybar and Freese both grounded out to second base. Kendrick flied out to right field.

Kendrick’s shot down the right field line took Daniel Nava over toward the foul pole. It stayed in the yard, though, and Nava made the catch while ranging into foul territory.

Daniel Nava popped out and Xander Bogaerts flied out.

Kole Calhoun started the inning with a base hit into left field. Yoenis Cespedes was playing deep and the ball dropped in front him as a result.

Webster then struck out Mike Trout. Webster threw four straight fastballs, topping out at 95 mph with his last one. Trout swung through the heater located on the outside corner.

Albert Pujols, who is having a nice bounce-back season, sent a liner toward deep left-center field. Brock Holt raced back to make the catch.

Josh Hamilton flied out to end the inning.

Pedroia went the other way with a 2-1 fastball after Brock Holt struck out to begin the ballgame. The ball briefly kicked away from right fielder Kole Calhoun, but Pedroia tossed on the brakes following a wide turn.

Weaver struck out David Ortiz for the second out. Weaver fed Papi a steady diet of offspeed offerings, ultimately putting him away with a 78 mph changeup.

Yoenis Cespedes popped out to end the inning.

8:40 p.m.: Shane Victorino showed up at Angel Stadium of Anaheim before Friday?s game.

Victorino underwent successful back surgery Tuesday in California. The 33-year-old outfielder told reporters Friday that he expects to be ready for the start of next season. He also plans on being an everyday contributor.

Bradley, who is stuck in an 0-for-27 slump, will sit for the third time in four games. Red Sox general manager Ben Cherington acknowledged this week that Bradley will need to improve offensively despite his defensive prowess, though achieving that goal certainly becomes more difficult when he?s not in the lineup.

Friday?s complete lineups are below.

The Boston Red Sox open a three-game series against the Los Angeles Angels on Friday at Angel Stadium of Anaheim. That means a late start and plenty of coffee. You know the drill.

Understandably, staying up late to watch a team 14 games below .500 (50-64) probably isn?t priority No. 1. However, I assure you there?s plenty worth monitoring Friday and for the rest of this season when it comes to the Red Sox.

The Red Sox?s 2015 starting rotation couldn?t be any less clear. Clay Buchholz and Joe Kelly figure to factor into the plans, but Brandon Workman, Rubby De La Rosa and Allen Webster currently are among those trying to prove themselves at the major league level. Webster has an excellent opportunity to elevate his stock Friday, as he?ll go up against Jered Weaver.

Webster struggled in his last start Saturday against the New York Yankees at Fenway Park. The 24-year-old walked six while allowing four earned runs in 2 2/3 innings. It was discouraging given that Webster?s bugaboo in The Show has been his control. However, there?s still a ton of talent to be harnessed. 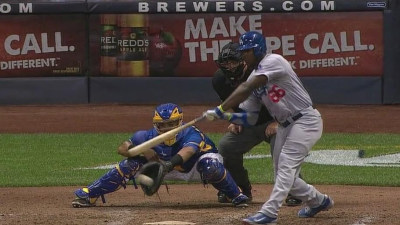 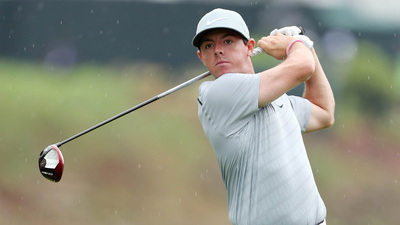