The team announced the signing of the 27-year-old Cuban outfielder to a seven-year contract during Saturday afternoon’s game against the Seattle Mariners. The value of the contract was not disclosed, but multiple outlets have reported it as $72.5 million.

Castillo visited Fenway Park before the game to undergo final testing and meet with manager John Farrell. He’ll now report to the Red Sox’s spring training facility in Fort Myers, where he will resume baseball activities.

Farrell did not give a timetable for when the new addition might make his major league debut when speaking with reporters Saturday morning, but he did say that Castillo likely will get a few at-bats in the minors before joining the Red Sox. 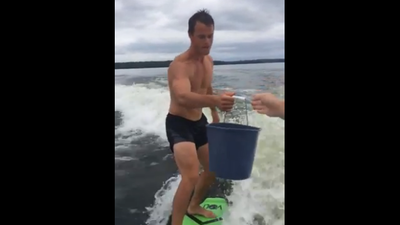