Report: Bruins Among NHL Teams 'In The Mix' For BC Star Kevin Hayes - NESN.com Skip to content

Former Boston College forward Kevin Hayes has until Aug. 15 to sign an entry-level contract with the Chicago Blackhawks or he will become an unrestricted free agent.

Mark Divver of The Providence Journal reports that the Boston Bruins are one of the teams “in the mix” for Hayes if he doesn’t sign by the deadline.

Why would Hayes leave the Blackhawks? Chicago has a deep roster at the NHL level and many talented forward prospects, so it could be a while before he cracks the Blackhawks lineup. The Dorchester, Mass., native could see NHL action sooner if he signs with a different club.

Hayes, who was selected in the first round of 2010 NHL draft (24th overall) by Chicago, has played at BC for the last four years. He was part of college hockey’s top line in 2013-14, which included Bill Arnold and Calgary Flames forward Johnny Gaudreau. Hayes tallied 65 points (27 goals, 38 assists) in 40 games for the Eagles last season.

What would Hayes bring to the Bruins organization if he signed with Boston? At 6-foot-4 and 215 pounds, the 22-year-old right wing would bring good playmaking ability, goal scoring and a quality defensive skill set.

Signing Hayes wouldn’t be an expensive move because his contract would be an entry-level deal. This helps the Bruins, who according to CapGeek, are currently $809,143 over the salary cap. 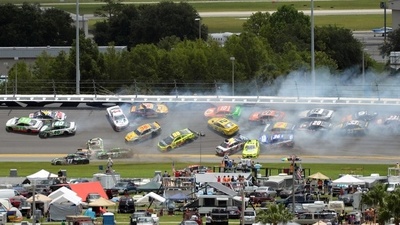