NHL expansion to Las Vegas reportedly is a “done deal,” but three other cities are expected to receive franchises through expansion by 2017, according to Howard Bloom of Sports Business News.

Deputy commissioner Bill Daly denied that a plan to add four teams is in place.

The expansion fees — which some speculate could reach into the hundreds of millions — are a huge benefit to the owners because they wouldn’t have to be shared with the NHLPA. Any expansion would have to be approved by the league’s Board of Governors.

As far as each individual city goes, all have been linked in expansion/relocation rumors for some time.

Quebec City is the most notable one. The city has been without a team since the Nordiques moved to Colorado in 1995 because of financial difficulties and the lack of a modern arena. The construction of a new building is underway and expected to be finished by September 2015. Adding the likelihood of finding strong ownership for a new Quebec franchise along with a beautiful arena, Quebec City arguably becomes the most NHL-ready market.

A second team in Toronto makes sense, especially from a financial standpoint. The nearby city of Markham has tried to secure funds for a new arena, but construction has yet to begin, and the future of the project isn’t bright. The Toronto Maple Leafs likely would oppose a second team in their market, as the Leafs earn the most revenue in the league as the only franchise in the largest hockey market.

Seattle would be a strong hockey market and quickly establish a geographical rivalry with the Vancouver Canucks. The league also would gain a larger national television footprint by going into the Pacific Northwest. According to a recent report, finding prospective owners isn’t an issue, but building an arena remains a roadblock.

Las Vegas is the most intriguing expansion candidate. Establishing a local base of season ticket holders would be difficult, but a new, state-of-the-art arena is being built. No sports league has taken the risk of putting a team in Vegas, not even the NFL, which could be a red flag for the NHL. 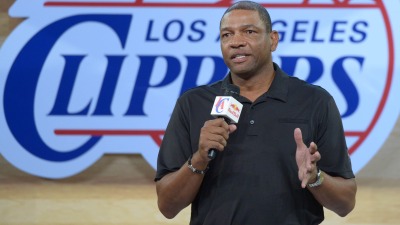