St. Louis Rams quarterback Sam Bradford injured his left knee in Saturday night’s 33-14 preseason win over the Cleveland Browns, and further tests have shown he has a torn left ACL and will miss the entire 2014 NFL season.

Browns defensive lineman Armonty Bryant hit Bradford during the first quarter, and the former No. 1 overall draft pick laid on the ground in obvious pain.

“It’s just highly unusual,” Fisher said, via ESPN. “There’s a 1-in-100 chance that something like that would happen. It wasn’t a high impact; ACL injuries, they are all different. This was just kind of a hyperextension with the impact coming from the outside. The knee was locked, and something has to give. Unfortunately the ACL gave.”

Bradford, 26, missed nine of 16 games last season with his knee injury. He made a full recovery and was expected to lead an improved Rams squad in the formidable NFC West, but veteran backup Shaun Hill now is the favorite to start. NFL Media’s Ian Rapoport reported, per a source, that the Rams have some interest in Philadelphia Eagles backup quarterback Mark Sanchez, who played for St. Louis offensive coordinator Brian Schottenheimer with the New York Jets.

St. Louis hasn’t made the playoffs in nine consecutive seasons. 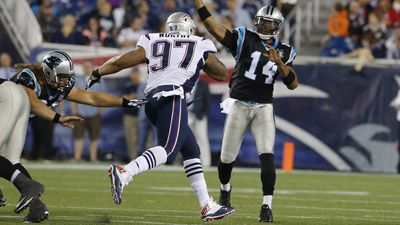 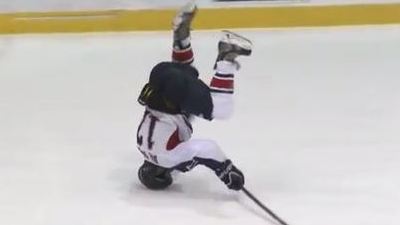