Seattle Seahawks Fan Has Prosthetic Eye With Team's Logo On It (Photo) - NESN.com Skip to content

Bill VandenBush is the latter.

VandenBush lost his right eye and vocal cords in a terrible explosion in Vietnam, but he makes the best of it. Namely, he does so by using a prosthetic eye with his favorite team’s logo in the pupil.

VandenBush has been a diehard Seattle Seahawks fan since they became an NFL expansion team in 1976. He told KIRO TV that the eye was a 10th anniversary present from his wife. He has another prosthetic that looks like a normal eye, so this one is for “special occasions.”

?Every game I?ll have it in, or any gathering with Seahawks fans present,? VandenBush said.

Beyond using his disability to show off his fandom, VandenBush has a wonderful outlook on the situation in general.

When asked if he’s ever played a “Madden NFL” video game, Chicago Bears quarterback Jay Cutler responded, “No and no.” 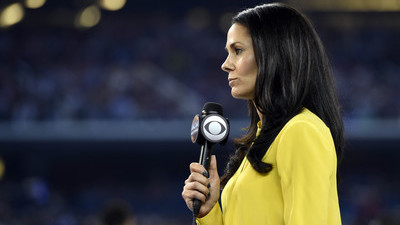